Fight for free education and make the 1% pay 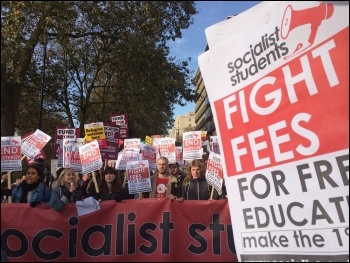 Socialist Students has launched a petition to build support for its demands on the way forward for the student movement and to solve the crisis in higher education. The petition demands: