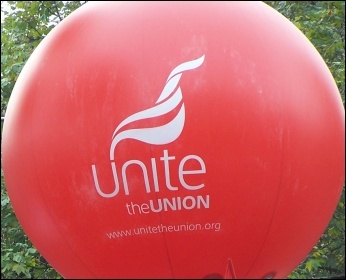 Members of the Unite union and the National Education Union will be taking strike action at Colvestone and Thomas Fairchild Schools in Hackney, London on 10, 11 and 12 February over job losses and reorganisation.

This follows a refusal by the schools to enter into any meaningful negotiations. The unions participated in the consultation process - only to find that not a single area of concern was addressed. The unions have also laid blame at the door of Hackney Council, which has the ability to intervene but is failing to do so.

The unions have pointed to the fact that following job losses, the new structure at the school will be unworkable. Staff are furious that the finance committee allowed the situation to reach this point and that staff must now pay for this blunder with their jobs, but also that while jobs are lost, the federation recruited to the position of head of school.

Unite regional officer Onay Kasab stated: "The schools have told parents that the strike may cause minimal disruption over three days. That is nothing compared to the long-term disruption which will be caused by the reorganisation and job losses. It is short-sighted beyond belief that a school cuts jobs during a pandemic - exactly at a time when absence levels due to sickness are likely to be high.

The reality is that the cuts are unnecessary. The process allows for the council to accept that the deficit is carried over. This is all we are asking for - don't cut now. Instead, carry the deficit over and let us see where we are after the summer - this is where the council should and must step in."

"To unnecessarily cause unemployment during the pandemic is cruel and heartless."

"We are taking strike action because despite the pandemic, the employers are not stepping back. We cannot step back - we will step forward to defend jobs, schools and education."