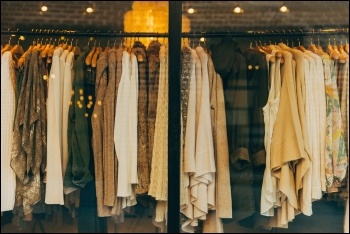 Garment workers have among the highest rate of coronavirus deaths for working women in the UK, the Office for National Statistics has revealed. Labour Behind the Label estimates that sewing machinists, in particular, had the highest fatality rate - almost four times the overall death rate for women.

I am not surprised at these shocking figures. The garment industry is largely unorganised with extreme exploitation.

Last year, during a Covid-19 spike in Leicester, the virus was most prevalent in the textile industry - a thriving underworld of sweatshops, paying between £3 and £5 an hour, well below the minimum wage.

Many of these factories continued to work throughout lockdown. Workers, mainly women, were forced to work in unsafe and unhealthy conditions even before Covid. Social distancing, clean toilets and good hygiene are rare.

Most textile workers live in extremely overcrowded conditions. Parts of Leicester are among the most overcrowded in the UK, outside of London, home to a large black, Eastern European and migrant population.

75-80% of these factories supply orders for online fashion retailer Boohoo. Boohoo's market value has more than doubled to £2.3 billion since 2014.

Textile workers have been let down by Leicester Labour Council, which has failed to act over a number of years despite knowing about the illegal wages and unsafe working conditions.

Unfortunately, the Midlands Trades Union Congress (TUC) has also been guilty of a dereliction of duty. Lee Barron, regional secretary, has simply called on the Tory government to "use its much-delayed employment bill to make firms liable for abuses in their supply chains."