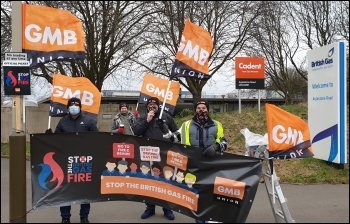 But as one striking worker told us on the Leeds picket line: "It's too late to say they'll never use fire and rehire again once they've already attacked our pay and conditions!"

A new offer from the company is being finalised, but without removing the planned implementation of fire and rehire, then workers were of the opinion that 'nothing has fundamentally changed'.