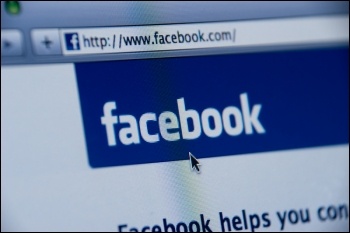 In a fit of pique, tech baron Mark Zuckerberg purged all news from Australian Facebook feeds. But while Australia's right-wing Liberal government poses as defender of the little guy, this is really a battle between competing media billionaires.

The code before the Australian parliament could force online platforms to pay news firms for their content. Facebook's hostage tactics won amendments: it can avoid compulsion by making enough of its own deals. But either way, the power to decide which outlets get funding rests with the capitalists.

Traditional media has suffered losses in the shift from print to web - both sales and ad revenue. Tech giants like Facebook and Google need that content to drive traffic so they can sell ads, and have exploited it for free.

Capitalist news media, now reliant on those platforms for circulation, shoulders all the cost of production. Obviously media billionaires like Rupert Murdoch cannot tolerate this.

For all the talk of levelling the playing field, almost all the benefits of this reform would accrue to the likes of Murdoch. It's not so much 'David and Goliath' as 'Goliath and Goliath'.

Google had already done a backroom deal with his conglomerate, the perfidious News Corp, to avoid state intervention. Facebook preferred shock and awe to diplomacy.

The capitalist class is also concerned for the stability of its crisis-wracked system as a whole. The power and profits concentrated in Silicon Valley are disproportionate.

Internet algorithms are not behind collapsing support for the 'centre ground' of the capitalist establishment - the world economic and social crisis is. However, lurid and sensational content is more attention-grabbing, so helps sell ad space.

All this undermines the ability of more 'reputable' capitalist media to try to influence public opinion in directions which are safer for the capitalist class.

Australia's bill is an international test case. These twin power struggles - over which bosses dominate, and the role of capitalist media - have already exercised the US Congress, European Union, and French parliament.

The huge power of social media billionaires was exposed when Facebook effectively censored not just Australian news, but government departments, health services and even women's refuges. Rebalancing that power among different tycoons and their mates in the capitalist state misses the point.

Nationalise the mass media and big tech under democratic working-class control! As part of a democratic, socialist plan for the economy, this would finally free ordinary people from the bosses' domination of all media.