Working-class people need a voice in the council chamber 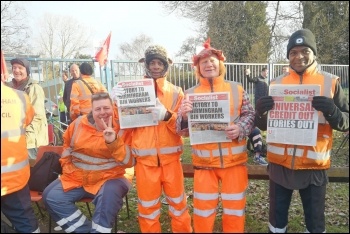 Working-class people need a voice in the council chamber. When the Labour Party was formed a hundred years ago, it did that job. It pulled together workers and fighting trade unionists, and gave them a voice. Not only a candidate to vote for at election time, but a movement to fight in their interests all year around.

For far too long now, the Labour Party and its candidates in council and parliamentary elections have failed to do this. In Birmingham, I have listened to councillors telling the public that there is nothing they can do to oppose cuts in council services and jobs. I would just like to see them try, as Labour councillors in the past did in Liverpool and Poplar.

If our existing councillors are not prepared to defend communities, they must step down and make way for someone that will. I think that if councillors took a stand and built a campaign to demand the funding required from the government to meet the needs of their communities, workers would stand with them in that fight, and that fight could be won.

That is why I will be standing as a TUSC candidate in May.