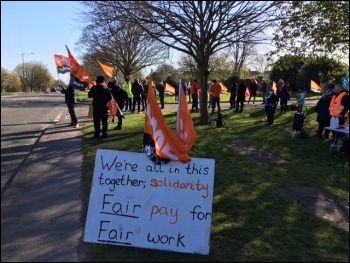 The company has imposed a pay freeze and no increase to pension contributions, despite Bristol Water's essential workers risking their health and that of their families to keep the taps on during the pandemic.

75% of workers voted for action and more action is threatened.