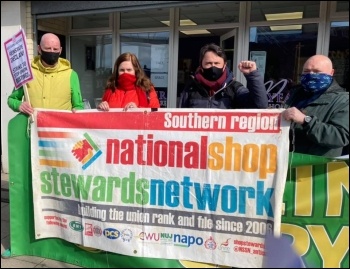 The Trades Union Congress confederation has produced hard facts showing what the Socialist has long argued: namely, that workers on zero-hour contracts and in other precarious jobs are twice as likely to have died from Covid-19 compared to other, more secure, occupations.

Needless to say, the absence of and poor level of sick pay (some two million workers don't qualify for Statutory Sick Pay) was forcing many low-paid precarious workers infected with Covid into work.

Clearly, trade union recruitment of the unorganised and trade union oversight of safe working conditions, along with enhanced sickness benefits, is vital.