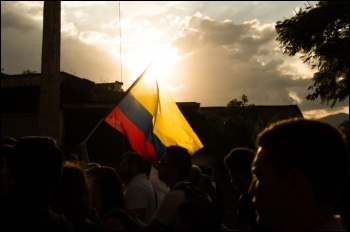 Duque was intent on offloading the economic burden of dealing with the Covid pandemic from the capitalist class to the working class through a swingeing sales tax on public services and some foodstuffs, as well as lowering the income tax threshold. A teacher demonstrating in the capital, Bogota, told journalists: "They're robbing us poor people, while they give everything to the rich."

Police repression has taken a heavy toll on protesters with a number of reported deaths including several suspicious fatalities in the city of Cali. Nonetheless, in several working-class neighbourhoods in the capital there were celebrations involving the traditional banging of pots and pans after Duque announced his retreat.

Events in Colombia have shown the power of the organised working class when it moves into action, drawing behind it young people and the most oppressed in society.