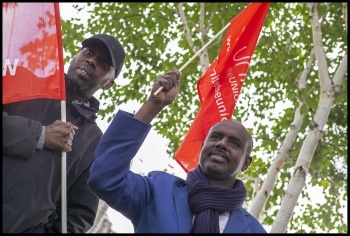 48 hours of strike action by more than 4,000 bus drivers in London will go ahead on Tuesday 25 May and Wednesday 26 May, to be followed by a 72 hour strike from Monday 7 June to Wednesday 9 June.

Unite gave Metroline bosses nearly three weeks' warning to drop its 'remote sign-on' policy because of health and safety concerns regarding its members and the travelling public - or face industrial action.

'Remote sign-on' means drivers do not report to a depot, but meet their bus at an alternative location, such as a bus stop. It forces drivers to start work away from the depot, reducing costs and boosting the company's profits.

The policy raises concerns over lack of toilets and canteens, increased driving hours, and waiting for the bus in unpredictable weather.