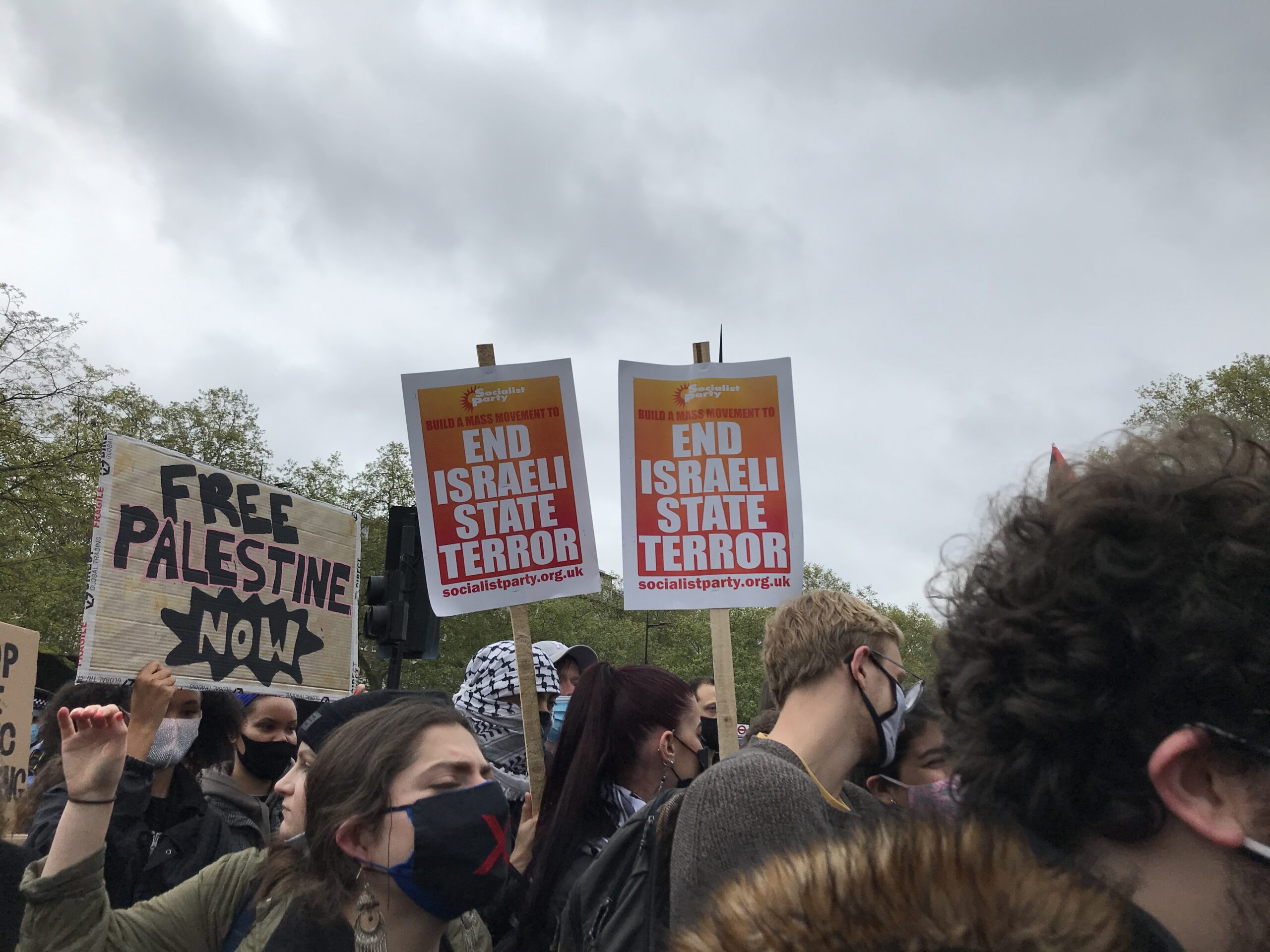 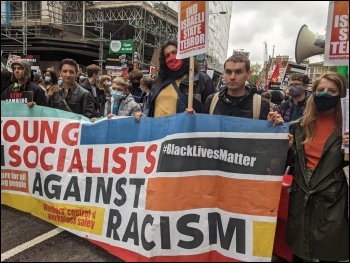 Young Socialists contingent on the demo against war on Gaza, 15.5.21   (Click to enlarge: opens in new window) 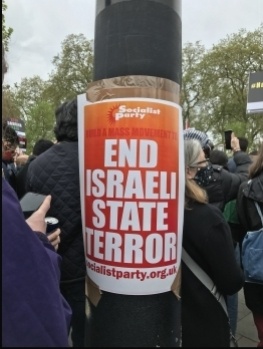 Chris Newby from Hackney Socialist Party had this to say about the demo: “The streets around Hyde Park were taken over by a lively, mainly young, demo. It was so big that most protesters couldn’t get anywhere near the Israeli Embassy. The demonstrators were keen to hear our socialist message. Our Socialist Party leaflets were snatched out our hands, as were our placards”.

The workers’ movement has a strong history of supporting struggle internationally, and there were left-wing groups and trade unions present. It was a positive feature that a number of Jewish groups marched alongside Palestinians and others. 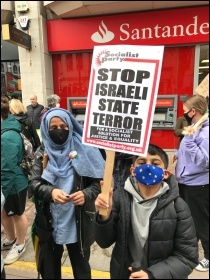 Hundreds of people filled the streets of Southampton to stand in solidarity with those living and dying under the Israeli occupation of Palestine. We marched from Bargate to the Guildhall in a long column, chanting “Free free, Palestine!”, and “One-two-three-four, occupation no more! Five-six-seven-eight, Israel is a terror state!”

Protests just like this one were happening across the country, including actions obstructing Elbit facilities, an Israeli-based company that manufactures and deals weapons including drones, surveillance satellites, and ‘electro-optics systems’. The British government cannot wash its hands of this situation, nor pretend to be ‘impartial’ when it continues to allow Elbit to operate in the UK.

On Tuesday 11 May, a protest was called outside of Waterstones in the heart of Birmingham’s shopping district to address the ongoing atrocities in Palestine. While this demonstration was called with little notice, a contingent of Socialist Party members was able to attend with leaflets and petitions.

“Palestine will be free!” and “BBC shame on you!” were the slogans chanted by the more than 500 people who rallied in Liverpool city centre against the most recent round of attacks on Palestinian civilians by the Israeli army.

At the end of the march, an open-mic rally allowed anti-war voices – including a member of Liverpool Trade Union Council, and a representative from a Palestinian trade union organisation – to express support for Palestinians, and fury with the Israeli regime and the imperialist governments who have helped to arm it. These speakers urged all present at the rally to take the fight for Palestinian liberation into the trade unions.

Speakers who advocated joint protests of Jews and Arabs against the Israeli regime – including joint action and another Intifada to end the occupation – received particularly warm reactions. As did those who highlighted the bias in the BBC’s reporting on the conflict. It did not go unnoticed that no one from the BBC bothered to come out to report the rally.