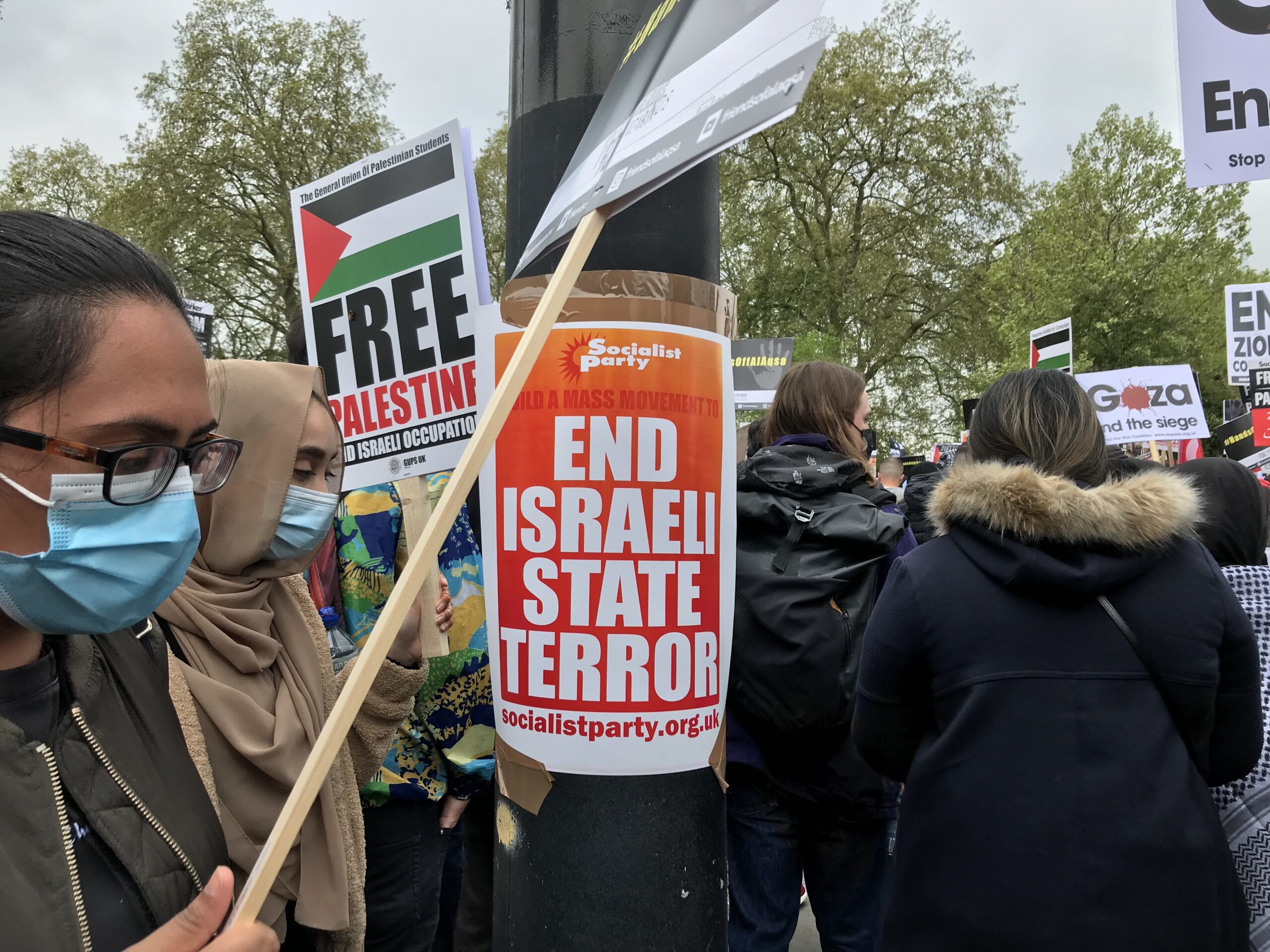 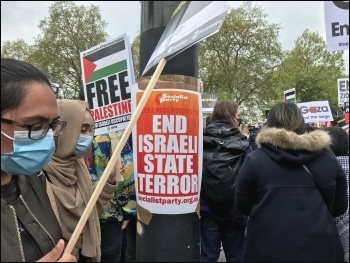 Israel-Palestine: How can the wars be ended?

End the occupation – For a Palestinian socialist Intifada

The horrific Israeli bombardment of Gaza lasted for 11 days if the ceasefire holds, with terrible loss of life and devastation on the ground. 232 Gazans have been killed [over 248 reported on 22 May], more than a quarter of them children.

Residential buildings, hospitals and schools have been destroyed. Power and water infrastructure has been hit, adding to the humanitarian catastrophe.

The Netanyahu-Gantz Israeli government agreed to a ceasefire because their immediate war aims had been met – a show of military force against Hamas, whipping up nationalism.

But as they intend to maintain heavy repression of the Palestinians in East Jerusalem, the West Bank and Gaza, nothing has been resolved and they can decide to turn back to devastating bloodshed at any time.

They have made no commitment to stop six planned evictions of Palestinian families from their homes in East Jerusalem.

Neither have they said they will stop brutal policing methods in and around the Al-Aqsa mosque.

The failure of capitalist governments across the Middle East and internationally to help the Palestinians has included the new US administration under Joe Biden. He didn’t demand a ceasefire, instead absolving Netanyahu’s government by saying Israel has “a legitimate right to defend itself”.

Outrage at the Jerusalem events and war on Gaza led to Palestinian eruptions of protest across the occupied territories and solidarity demonstrations in the wider Middle East and globally.

Palestinian anger also broke out in cities across Israel. It was met by heavy police repression, together with rampages by far-right Jewish activists – mainly coming from outside the mixed Jewish-Arab cities to whip up racism and violent clashes.

In the West Bank the expanding Jewish settlements have been reducing the Palestinian areas and dividing them into separated enclaves, destroying hopes for Palestinians of having their own state.

Anger is at boiling point due to the brutal occupation, high levels of unemployment, poverty and lack of services – including, at present, insufficient coronavirus vaccines and treatments.

None of the pro-capitalist Palestinian-based parties offer any solution to all this, including Fatah and Hamas.

Instead, Palestinian struggle needs to be based on democratically organised, mass mobilisations – a new intifada.

Hamas forces and other Palestinian militias fired over 3,000 rockets from Gaza during this war, killing 12 people in Israel, two of them Palestinians and three of them Thai and Indian immigrant workers.

These attacks on civilians show desperation but are not a way forward to achieve liberation from oppression.

They draw ordinary Israelis closer to right-wing government ministers who respond with increased brutality against the Palestinians and with a vastly greater level of weaponry than the Palestinians have.

Socialists support the Palestinians’ right to armed resistance against the Israeli army’s brutality – defence which should be democratically decided and controlled.

But they also need to aim to divide Israeli society along class lines – winning as many Israeli workers as possible towards supporting a socialist solution for national rights and decent living standards on both sides of the divide.

Palestinian mass protests last month in East Jerusalem succeeded in getting barriers removed next to the old city that were stopping gatherings during Ramadan.

More recently they managed to get a racist, provocative, Israeli nationalist march cancelled that had planned to pass through the Arab part of the old city.

In addition, protest action led to the postponement of a court case that was expected to ratify the evictions of Palestinian families mentioned above.

An urgent task is the development of democratically-run local committees across the Palestinian areas to build further mass actions.

Democratic committees, linking up with each other, would be important steps towards building a mass, independent, working-class led Palestinian party.

Working-class people in Israel also need to build their own party, independent of capitalist interests.

A key factor behind the descent into conflict has been the inability of Israeli prime minister Netanyahu to form a new coalition government after failing to achieve a majority in each of four successive Israeli general elections.

His Likud party and allied parties on the right and far right were willing to inflame division to suit their agenda of posing as the strongest defenders of ‘law and order’.

However, security for the Jewish population will not be achieved by policing and military means, nor will it be achieved by looking to any of the many brands of Israeli pro-capitalist politician for another capitalist solution.

Israeli Jewish workers, together with the Palestinian residents of Israel who live and work alongside them, will need to build their own party, one that can challenge capitalist interests.

Challenging capitalism will mean politically adopting a socialist programme on both sides of the national divide: For a socialist Palestine alongside a socialist Israel, as part of a socialist confederation of the Middle East.

On that basis it will be possible to lay the basis for bringing the capitalist nightmare of cycles of death and destruction to an end.