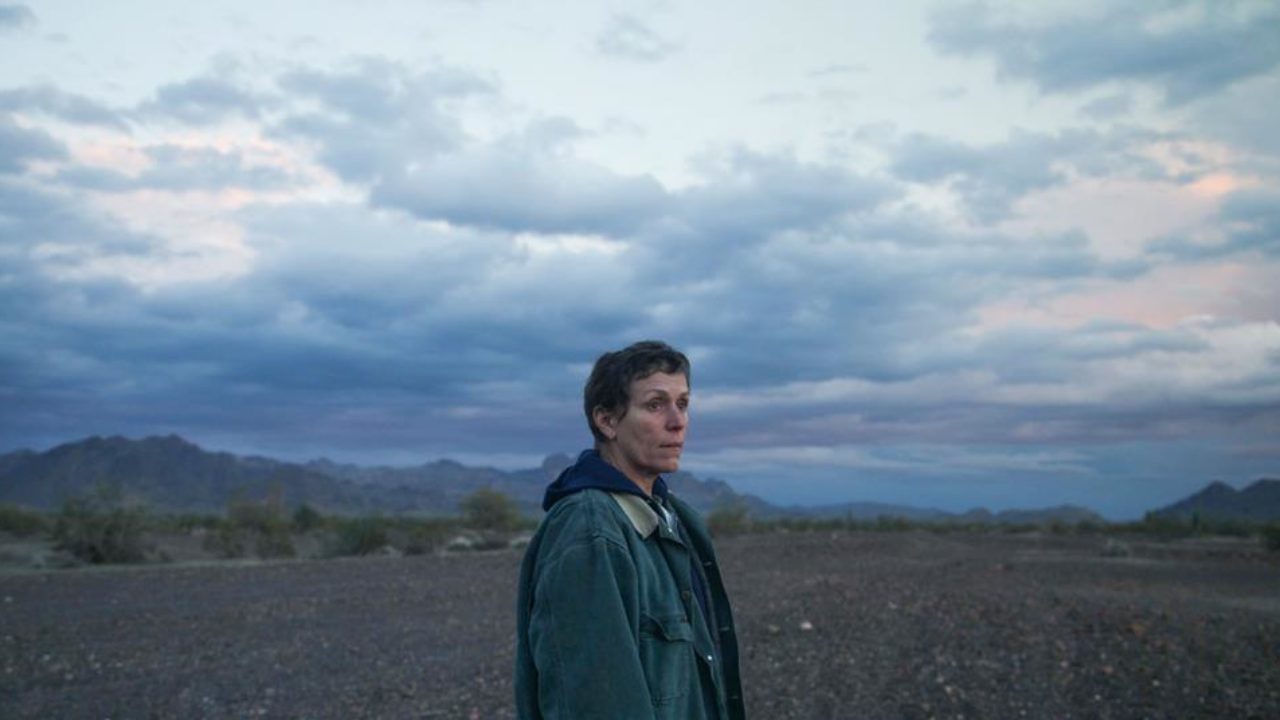 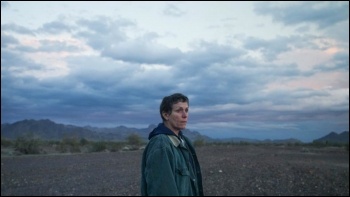 Nomadland can be viewed in cinemas or on the Disney+ platform   (Click to enlarge: opens in new window)

After the Great Recession of 2008 hit, the factory at the heart of Empire was shut down. Fern, a widow in her sixties, is suddenly compelled to leave the town she built her life around, taking off in her van into the icy Nevada desert.

The actual US town of Empire was home to a small population, until it boomed in the 1950s in the harsh beauty of the surroundings. But the closure of the plant in 2011 decimated the population, with workers having no other source of income. The chief operating officer of Empire Mining Company observed: “It’s like a bomb went off and they all evacuated.”

Fern is forced to live in her van and get a job at an Amazon warehouse. The cold realities of this life are starkly portrayed in Nomadland.

An opportunity is missed, however, to criticise the brutal exploitation of Amazon. The multinational was recently made to admit that workers often have no option but to pee in bottles on the job, due to their working conditions. Owner Jeff Bezos increased his wealth by an obscene $86 billion during the pandemic.

Echoing the movements of people for agricultural work in the Great Depression of the 1930s – depicted in John Steinbeck’s novel The Grapes of Wrath – this story follows those who have worked all their lives for everything to be dismantled by the vicissitudes of capitalism. Communities, work, family and the places they knew and loved are lost.

Through her resilience, Fern finds a brighter alternative in a community of people who have experienced similar struggles to herself, and are likewise seeking a home and meaning. The film is based on the nonfiction book ‘Nomadland: Surviving America in the 21st Century’, documenting the lives of older transient workers living in vans following the recession.

The organiser of the group Fern discovers proclaims: “If society was throwing us away, we workhorses would have to gather together and take care of each other… The way I see it is the Titanic is sinking and economic times are changing, and it’s my goal to get as many people into the lifeboats as I can.”

As Fern heads south, the climate becomes warmer, reflected in the solace she finds in others, sharing their struggles and supporting each other. This lifestyle is no utopia however, having to learn how to adapt to the travails of a life without basic amenities – ranging from changing a tyre on the van to managing your own waste. Living the nomadic life for Fern – travelling from temporary job to job – is her response to capitalism being unable to provide security for those in older age.

Nomadland is a sombre poem on human connection and solidarity, in the shadow of neoliberal decay. A meditation on the impact of a system which has failed those who have worked hard all their lives, and are coming to terms with the loss of all they had built.

While the lingering feeling of this film is one of hope found in community, it could have gone further in exploring how this can be harnessed to build resistance and systemic change. The strength Fern finds in others, however, is moving, giving her the courage to take to the road against powerful economic forces, as symbolised by the looming mountains beyond her former home in the ruins of Empire.