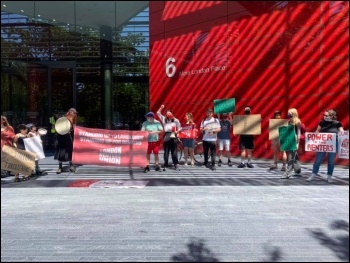 After the death of his mother, a Clarion resident, Daniel, was told that he couldn't succeed her tenancy, even though the tenancy agreement states he could. His property is in complete disrepair, and Clarion will do nothing to improve it.

This case isn't unique to Clarion. Like many so-called 'social' landlords, it leaves its tenants in substandard broken properties that are not fit to live in. They raise rents and service charges without improving the service.

Tenants need to organise and fight against these exploitative landlords. The Socialist Party stands in solidarity with Daniel and all renters and tenants campaigning for their rights.