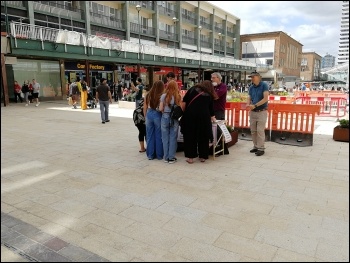 That builds on the over 4,000 signatures we already have. People hate the parking charges. All we hear is: "Disgusting; ridiculous; daylight robbery; sick; greedy bastards."