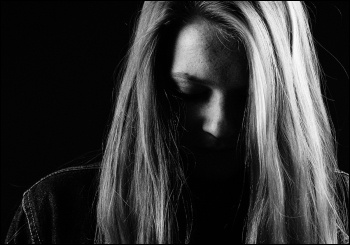 The Cumberlege review last year was just one example of the devastating impact of the 'gender health gap'. Thousands of women are still suffering agonising pain from pelvic mesh implanted to alleviate incontinence. Many of those who had surgery to fully remove the mesh later found out they had been lied to, and that some mesh had been left behind.

Others, who took supposedly safe medication to treat epilepsy, or used hormonal pregnancy tests, suffered miscarriages and birth defects in their children as a result. These women weren't told about the possible side effects, and they were systematically dismissed and lied to for decades when they raised concerns about them.

More than a dozen women and more than 40 babies have died in the last 20 years while in the care of Shrewsbury and Telford NHS trust. In total, over 1,800 potentially preventable instances of injuries, deaths and stillbirths were identified.

Women treated at the trust often weren't given a choice in how their baby was delivered. They were pressured to have a 'natural' vaginal birth as part of a drive to keep C-section numbers low. Staff ignored national guidelines for safe delivery, administering oxytocin and using forceps to ensure a vaginal birth even when it was clear that these actions were putting patients in danger.

Perhaps the most terrifying part of the investigation is that it's not exclusive to the Shrewsbury and Telford trust. A study earlier this year found that 14% of women who have given birth at least once were overruled in decisions and planning for their birth. 30% said their opinions weren't sought at all.

As a result the Tories have felt forced to announce a long-overdue consultation on women's experiences of the healthcare system.

Having presided over ten years of brutal cuts which have decimated services that save women's lives, like domestic violence refuges, and left the NHS chronically underfunded, it's clear they're not doing this out of a genuine concern for women's health.

Decades of struggle have improved social attitudes towards women, but sexist ideas have not been eradicated. Institutions such as the NHS will inevitably reflect attitudes such as sexism and racism which exist in wider capitalist society.

These attitudes, in addition to underfunding, can affect the quality of care women receive. Many of us can still be treated as if we are lying, exaggerating or even suffering from mental health problems like anxiety when reporting painful symptoms. For black, Asian and minority ethnic women these attitudes can be compounded by racist stereotyping.

Austerity has played a role in this. All NHS services are severely underfunded and understaffed, leaving overworked staff desperately trying to care for patients in impossible conditions. There's a shortage of 2,500 midwives, and eight out of ten midwives believe their NHS trust doesn't have enough resources to provide a safe service.

But even without cuts, there is systematically a lower standard of healthcare for women. Most clinical trials use a majority of male participants, so numerous illnesses aren't recognised or understood in women because the symptoms present differently. And conditions like endometriosis that primarily affect women are chronically underfunded, similarly meaning they're not fully understood and are underdiagnosed.

There has been a general tendency towards assuming that women are less reasonable and able to accurately report any symptoms of illness. This is especially the case with pain - it can often be seen as a part of life and something women just have to put up with. There's a widely acknowledged stigma around C-sections for this reason. Women who choose this option are often made to feel they are taking the easy way out.

Ultimately this is rooted in sexist ideas that have historically considered women's essential role in society to be that of reproducers and caregivers - that women were built for giving birth, and opting for a C-section is avoiding 'what comes naturally'. By extension, women's bodies were built to tolerate incredible amounts of pain, and therefore women who report being in pain are lying or hysterically exaggerating tolerable symptoms.

Breastfeeding is treated in much the same way. There is definite evidence that breastfeeding boosts a baby's immune system. But the overwhelming pressure placed on women to exclusively breastfeed, and the judgement when they choose not to or are unable to, is disproportionate to the benefits of breast milk over formula.

Involuntarily giving up breastfeeding is often associated with feelings of shame and inadequacy. It can have a serious impact on mental health - women who plan to breastfeed, but aren't able to, are twice as likely to develop postnatal depression.

At the same time, though, women are routinely harassed for breastfeeding publicly, and 44% of local councils have cut or closed specialist services that supported women with breastfeeding.

All parents should have access to unbiased, evidence-based information about options for giving birth and feeding their baby, and receive support without judgement whatever their choice. There should be genuine zero tolerance of harassment of breastfeeding parents.

All cuts to maternity services, including specialist breastfeeding clinics, must be reversed as part of a massive investment in the whole NHS.

Women are also still fighting to genuinely have the right to choose. The NHS began offering telephone appointments to access the abortion pill during lockdown, halving the average waiting time and reducing major complications by two-thirds. Despite this the Tories are consulting on whether to go back to face-to-face only appointments.

Access to fertility services is limited and often a postcode lottery, as there's no standardisation across the NHS for wait times or eligibility. Some local trusts only offer these services to women over the age of 35 because of the lower chance of natural conception. Others are only open to women under the age of 35 for the exact same reason!

Everyone should have the right to choose when, whether and how to have children. There should be full funding and equal access to fertility services regardless of location, and access to free and safe abortion and contraception on demand.

But many working-class people put off having children or decide not to have them at all because of poverty and instability. The Socialist Party says that in order to give women real choice, we also need a mass programme of council house building, wages we can live on and an end to zero-hour contracts, and free childcare.

Women know that unequal treatment in the healthcare system is a problem. But it's seen as something to be dealt with individually because there's no clear lead on how to fight for better standards of care.

The trade unions have a critical role to play today in fighting cuts, privatisation and sexism in the NHS. The inspirational protests of nurses across the country over the insulting 1% pay offer from the Tories demonstrate the huge anger that exists among healthcare workers. A determined battle for a 15% pay increase should be linked to fighting all other attacks on the NHS.

Unions can and should campaign for training for healthcare workers to root out sexist attitudes, with the democratic oversight of the workers' movement.

They could demand funding for research into women's health, and ensure all healthcare workers properly understand conditions that primarily affect women and how conditions that affect all genders present differently in women.

The private ownership of the big pharmaceuticals industry, in which the primary motivation is profit, means that health is not prioritised. This situation points to the need for democratic public ownership which requires united working-class struggle to win.

Democratic control of the NHS by workers and service users would mean women and healthcare workers could decide together which services are needed.

Medical professionals could be properly held to account for decisions made about women's healthcare under the democratic control of workers, rather than individual women being forced to battle for a second opinion or referral to a specialist.

That means socialism - taking the wealth and our public services out of the hands of a super-rich minority. The working class wields enormous potential power to overthrow capitalism, and replace it with a democratically planned economy.

Ending the chaotic market system and unequal class relations would lay the basis for ending sexism in the whole of society.