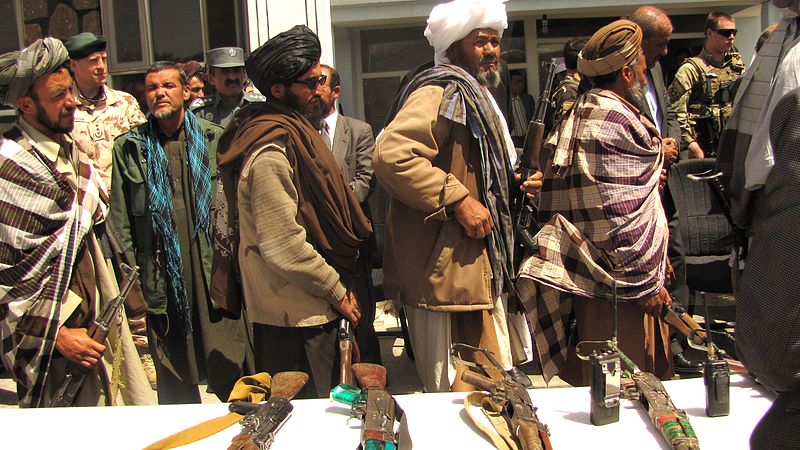 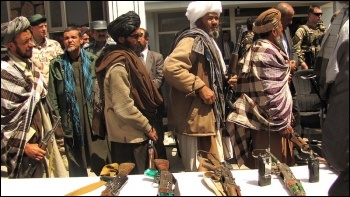 After two decades of military occupation and trillions of dollars spent by western governments, millions of Afghans are now back to where they were in 2001 – under the brutal rule of the Taliban.

Yet the capitalist politicians responsible for this tragic debacle – Messrs Tony Blair, George Bush, and others – continue to defend this colossal failure. And today’s crop of establishment politicians, including Johnson and Starmer, also defend the western invasion and occupation of Afghanistan in 2001.

Home Secretary Priti Patel says she’ll allow a few thousand to resettle in the UK, but over a five-year period. How can Afghans associated with British forces or the previous Ghani government remain hidden for five years!

And what was the Foreign Secretary Dominic Raab doing when the rotten Ghani government collapsed like a house of cards? Lounging in a luxury five-star resort! Not only couldn’t he be bothered to call officials in Kabul, he reportedly refused to get off his sun lounger and return immediately to London and deal with the evacuation crisis. Yet Downing Street says it has “full confidence” in Raab!

Typical Tories. They look after ‘number one’ and let everyone else sink into the quagmire of their failed capitalist policies.

As the Socialist warned before the 2001 US and British invasion of Afghanistan, it was to serve the western powers’ geopolitical interests – not directly to liberate Afghans from the tyrannical rule of the Taliban.

It’s clear from the experience of working-class and poor people in Afghanistan, and indeed in many other countries, past and present, that capitalism cannot guarantee democratic rights or decent living standards. That requires ordinary working-class people uniting behind a socialist banner and fighting for fundamental change.