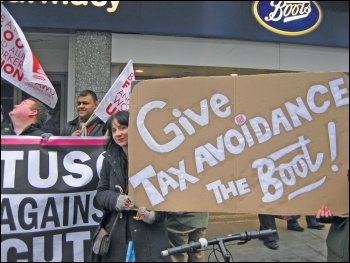 However, the think tank said some forms of fraud, such as profit shifting by multinational companies, is not included in HMRC's calculation, nor is fraud from Covid-19 support schemes. This means the amount of tax lost to fraud will be significantly more than the £15.2 billion identified. An estimate of at least £20 billion would not be "unreasonable".

Yet the government has increased taxation for ordinary working people to raise just £5.4 billion over three years in a vain attempt to 'fix' social care.