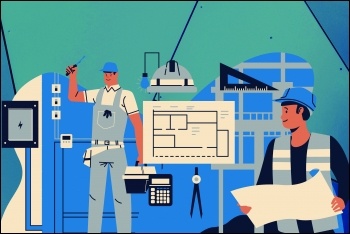 In the wake of the Covid-19 pandemic, with fears of rising unemployment as the furlough scheme is wound up, and the full extent of the economic scarring from the pandemic is revealed, there are also increased demands around improved work-life balance after a year of many working from home.

This has resulted in the idea of moving to a four-day week being raised, even by the government's own 'Covid Recovery Tsar'.

Britain is notorious for some of the longest hours worked in Europe. Average weekly hours worked for full-time employees in 2018 were 41.8 - 26th out of the 37 OECD countries at the time. Alternative figures from Eurostat give the average hours in the UK, including unpaid hours, as 42.5, only outdone by Greece, averaging 44.2 hours.

The Chartered Institute of Personnel and Development's UK Working Lives Survey found that 60% of workers work longer hours than they want, and 24% overwork by ten or more hours a week.

A report by the World Health Organisation and the International Labour Organisation suggested that long working hours (55 or over) led to an additional 750,000 deaths from heart disease and strokes around the world between 2000 and 2016. The UK government's own 'skills and employment' survey in 2017 found that 47% of men and 55% of women 'always' or 'often' went home from work exhausted.

So it's hardly surprising that the proposal for a four-day working week was among the radical policies put forward by Jeremy Corbyn when he was the leader of the Labour Party.

The capitalist class hoped that this, like other demands raised in the Corbyn period around nationalisation, free school meals, and more, would be banished after Corbyn's defeat in the 2019 general election and his replacement by establishment-friendly Kier Starmer. Those hopes have been dashed on the reality of the Covid-19 pandemic and the unprecedented intervention into the economy by the Tory government.

Trades Union Congress (TUC) General Secretary Frances O'Grady pledged to campaign for a four-day week at the 2018 TUC Congress, and a motion calling for it was passed this year without opposition. The Scottish SNP government, supported by the Greens, is currently trialling a four-day week.

There are also now a number of companies that have adopted a four-day working week - although the majority of those listed by the UK-based '4 Day Week Campaign', backed by Class and a number of other left-leaning think tanks, are mostly small companies including charities and consulting firms.

Can society afford a four-day week?

Whenever the question of increasing workers' pay or reducing the working week without loss of pay is raised, sections of the capitalist class and their media mouthpieces react with indignation at the idea. Each time they cry 'how can this be afforded'?

Because of this, many of the existing four-day week campaigns are based on the idea of convincing the bosses that it is in their interests to reduce the working week, often making other concessions in return. One of the larger companies that has adopted a four-day week for some staff, Morrisons, is an example of this. The company has shortened the working week at its head office from 40 to 37.5 hours and spread those over a four-day week, leaving staff working a nine-hour working day, and also working a six-hour Saturday once a month.

Even the '4 Day Week Campaign', which calls for a four-day week of a maximum of 32 hours with no loss of pay, states in its FAQ that it supports a 20% cut in holiday allowance.

However, research by the New Economics Foundation showed that if pre-1980 trends of reduction of the working week had kept up with even the UK's sluggish productivity growth, workers would be working 13% less hours a week. The TUC's own compiled figures on unpaid overtime suggest that in 2018 workers in Britain did a shocking £32 billion worth of unpaid overtime!

Back in the 1970s, when the three-day week was in operation during the then Tory government's battle with the miners, 80% of existing production levels were maintained in only a 24-hour week!

Such figures demonstrate that reducing the working week isn't just a question of whether it can be afforded, but by whom.

Battle over the working week

There has been a long battle between workers and their employers in Britain and internationally over the length of the working day and the working week. For the capitalists, any additional labour they can extract from workers without increasing their pay means an increase in the surplus produced above the cost of raw material and workers' wages, and therefore greater profit.

So the capitalist employers have a vested interest in maintaining a longer working week, or having the lost profits compensated by increasing the intensity of work or through cuts to pay and conditions. Only by organising collectively through their trade unions can workers force employers to concede a genuinely reduced working week with no loss of pay.

The decreases workers have won, from a working week of over 60 hours at the time of the foundation of the TUC in 1868, have been won through struggle. The first May Day demonstrations were called by workers' organisations internationally fighting for an eight-hour day. Mineworkers fought for and won a statutory eight-hour day by 1909, while strikes by workers in the post-World War One period won a 48-hour week.

In the late 1970s, the TUC campaigned for a 35-hour week, down from the then prevailing 40-hour week. This has only been partially achieved in some sectors, such as on the London Underground, while the postal workers' recent agreement provides for a move from a 37-hour to a 35-hour week. In Germany in 2018, the IG Metall union negotiated a 28-hour week down from 35 hours, although this didn't preserve workers' take home pay.

The Socialist Party has long fought for a shorter working week, including our members leading struggles to win a 35-hour week, such as at Knowsley Borough Council.

Apart from gains in terms of workers' well-being, a 32-hour or four-day week could also offer an opportunity to tackle unemployment and underemployment.

According to a report by the Autonomy think tank, introducing a 32-hour week in the public sector would create 300,000-500,000 jobs. The introduction of the 35-hour week in France created an estimated 350,000 jobs.

However, any reduction should be implemented without loss of pay, or other forms of undermining it, such as loss of paid breaks, holiday entitlement or the introduction of annualised hours.

Neither should it just be a question of filling the vacant hours created by a 32-hour week, but also ensuring existing vacancies, such as in the NHS, are filled and additional jobs created to fulfil socially necessary projects, like a mass council house building programme.

All workers on less than 32 hours should be given the option, if they wish, to increase to 32 hours, with zero-hour contracts being banned. Any work above contracted hours must be agreed by trade unions and paid at a premium rate.

To accommodate the need for increased numbers of skilled and technical workers there would need to be more investment in apprenticeships and other training schemes, supervised by the trade union movement.

But any struggle for these demands would come up against the sabotage of the capitalist class, desperate to protect their profits. That's why the Socialist Party stands for bringing the decisive sectors of the economy, including the multinationals and banks, into public ownership under democratic workers' control and management, so that their resources can be used as part of a democratic socialist plan to meet our needs. This would be drawn up by elected workers' representatives from across the economy, who would have the time to do so because of reduced working hours.