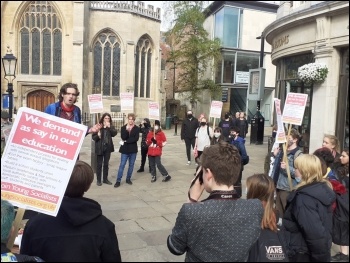 Over 100 incoming University of York students have been burdened with a 72-mile round trip between the university and their accommodation. Less than a month before beginning their courses, they were informed that "there are no available rooms across the city of York, either on or off campus", and were instead given rooms in Hull.

There have been similar problems in Bristol and elsewhere. This promises huge disruption at a crucial point of the university experience.

Decreased public spending and the increasing encroachment of market forces into higher education have driven imbalances in admissions across universities. As tuition fees form a progressively greater majority of their income, universities compete to attract as many students as possible.

This leads to wealthier and more prestigious institutions becoming oversubscribed, while many others struggle to meet admission quotas. Covid has further deepened the tension between the financial interests of a university and the wellbeing of its students and staff.

Oversubscription also adds to the already increasing workloads of university staff, without a corresponding rise in pay. The same market forces driving oversubscription push attacks on pay and pensions and widespread casualisation. These, along with pay inequality, form the foundation of the 'four fights' dispute by the University and College Union.

We must oppose marketisation, and fight for an education sector which is adequately funded and democratically run according to the interests of staff and students.