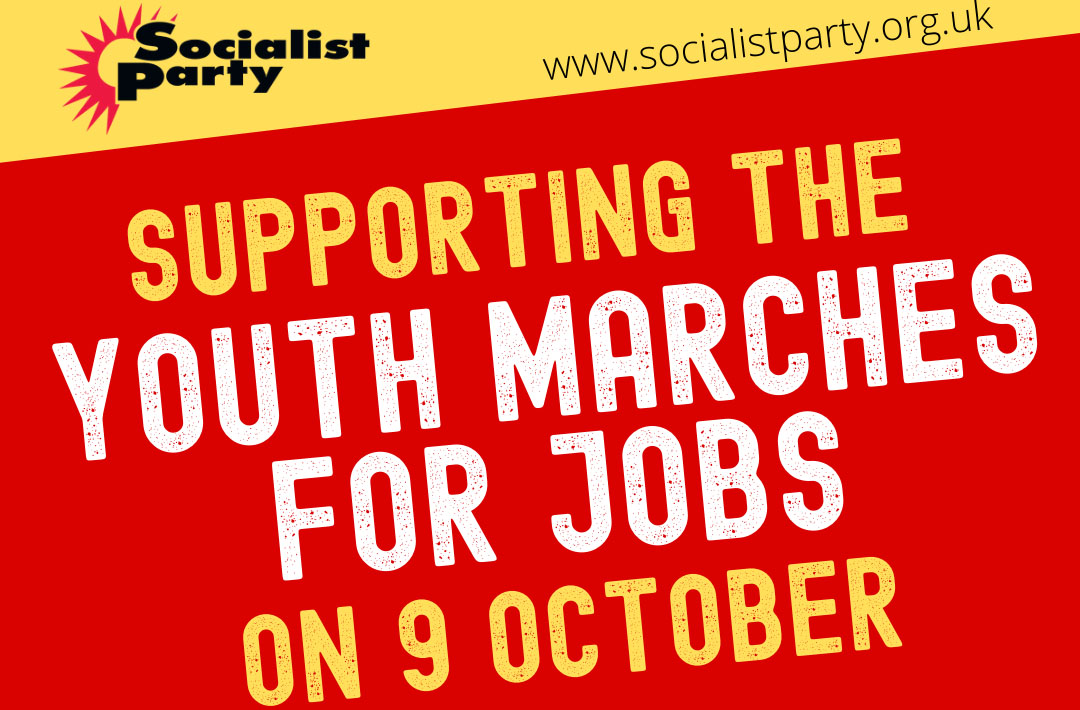 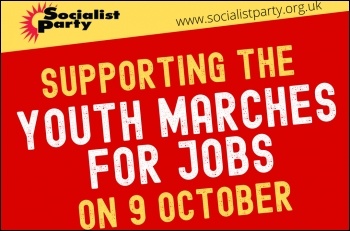 On 9 October, Youth Fight for Jobs is organising protests and marches in 14 towns and cities. This is just after the Tories remove the safety net of furlough, which will disrupt the lives of up to one million workers. Four young workers explain why they’re protesting.

“One month I didn’t have any money at all”

I’m a third-year humanities student at Brighton University. Until three months ago, I had been working in retail for four or five years. After the second lockdown, I thought: “I can’t do this anymore”.

Housing in Brighton is horrendously expensive – 1.3 times more than anywhere outside London. I chewed through whatever little savings I had during my first year at uni.

My retail job was ‘zero-hours’, I didn’t have guaranteed hours. There was one month where I didn’t work at all. I had no money.

I was relying on what little student finance I had after paying rent, and my savings. I started with a couple of grand in savings. And I’ve only just started saving again.

My car had an MOT, and that killed what was left of my savings. I needed to find another job that paid more.

It was a shame. I enjoyed the team I was working with. But I couldn’t do it anymore. I needed a serious contract.

I now work 14.5 hours a week driving a big green van for Asda, dropping people’s food at their houses. It’s a lot more stressful, down to a lack of drivers, because of the poor conditions.

I regularly miss my schedule breaks because of delays on the road, and getting extra loads dumped on me at the depot. The conditions and pay are not great.

Because of the hour limits, there’s only so much pay you can build up. I finish one to two hours later than I should.

Some drivers say, I only have enough petrol to drive my kids to schools, not to work as well. It’s snowballing.

Being on your own can be quite rewarding. But if this crisis continues, some drivers say they’re going to go to the union to complain and say something needs to change. Our managers don’t know what they’re doing, but that’s standard in every job.

A £15-an-hour minimum wage would be amazing, not only for young people, but everyone. That uplift would give people stability.

I’ve just started a post-graduate degree. From April until September I was working on a government-funded Kickstart scheme. None of the companies on the scheme have to pay any of the wages for the workers they hire. All the contracts are 25 hours at the national minimum wage – £8.91 an hour if you’re over 22, and a lot less if you’re younger.

Other than low pay, a major issue was the lack of cover for staff. During Covid, with lots of sickness absence and self-isolating, there was never enough staff to cover. This meant having to cover shifts at the drop of a hat, and going through the rigmarole of sending off forms to prove that you have done overtime.

The only alternative was to risk the pharmacy being understaffed, which in a healthcare situation is dangerous, as it means people don’t get their medication. This is explicitly because the company was unwilling to pay for adequate staffing.

Being on the minimum wage meant I have not been able to save ahead of studying to help with rent and tuition fees. I’m planning to try to get a part-time job as well as completing full-time studies. Two-thirds of students work around their studies, because most students can’t afford to pay rent and fees with just a student loan and maintenance grant.

Raising the minimum wage to a living wage of £15 an hour would make a fundamental difference. It would go a long way towards giving young people security.

As well, there needs to be an end to ‘fire and rehire’ and the institutionalisation of insecure work. This is essential to secure a decent future for young people.

I am studying at college. I quit my job as a kitchen porter in January because of low pay and stress.

I was doing the same job as people that were older than me. They were being paid minimum wage, and I was being paid less because I was younger.

At college, sexual assault and a lack of support for student’s mental health are big issues. I spent a long time on a waiting list for counselling, and many friends have waited longer. There needs to be proper government guidelines for how to organise effective mental health counselling in colleges and schools.

If I decide to go to university, I am worried about debt. I have heard that the government is planning to reduce the threshold that graduates need to start paying back their debt (see ‘Sunak’s student special’ at socialistparty.org.uk).

A lot of young people don’t see any way of being able to do anything about what they believe in. Young people should be educated about trade unions in their workplaces, to join and be active. This is the same in schools and colleges, where students and young people can set up student unions.

Between October and December 2020, 41.6% of black people aged 16-24 in the UK were unemployed – the highest rate since the last financial crisis. Unemployment among white workers of the same age stood at 12.4%.

As socialists, we see class as the prime factor in the wealth disparity in our country. As a black socialist, these figures are undeniably telling of the brazen oppression and unliveable conditions black people are pushed into by biased employment, a profit-based economy and nowhere near the desired amount of rights or pay in the workplace.