On 29 September, East London Socialist Party member Pete Mason proposed a motion, based on the following, to Barking Reach Residents Association, which he chairs. It was passed unanimously. 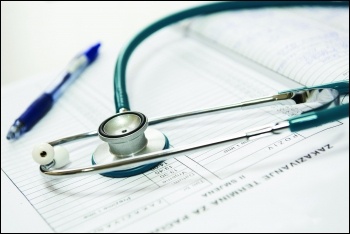 Our NHS is no longer free when there are no GPs available to deal with urgent health concerns. Barking Reach residents are told urgent appointments are only available at 8am. But when calling then, the automated phone system usually says: "Sorry, your call cannot be completed at present, please try again later". Local residents feel there is no access to a doctor.

If they get through, they are told they are number 14 or 15 in the queue, which means that there will be no appointments by the time their call is taken. No one knows how many residents call and fail to get an appointment.

The result is late presentation of illness at the health centre, some of which have become life-threatening. It's a vicious cycle of untreated minor illnesses turning into major health emergencies, devouring more health service resources, at a much greater cost.

Cost-cutting in health makes no economic sense. The Barking Riverside estate will soon comprise 10,800 homes, but has yet to have its own health centre.

Extra funding must be made available for our local health services, in particular, the Aurora Medcare GP practice in Barking. The Thames View Health Centre serves a vastly expanded population.

Despite all their efforts, Aurora Medcare staff cannot overcome a desperately underfunded NHS. NHS staff everywhere are underpaid, and by 80% have just rejected the government's 3% pay offer.

From March 2020 to June 2021, the government awarded £37.9 billion worth of coronavirus-related contracts to private companies. The National Audit Office showed that companies with political connections were ten times more likely to be awarded a contract.

Privatisation is draining resources. We demand the end of privatisation, more resources for GP services, and for a 15% pay rise for heroic health workers.