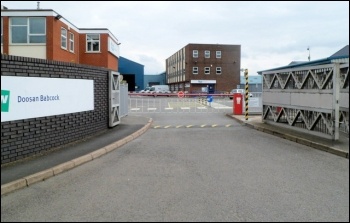 The entire shop floor workforce at power plant engineers Doosan Babcock in Tipton in the Black Country took two days strike action after the insult of below-inflation pay deals were added to by the injury of wage arrears.

One worker told us: "Our wages have been slipping further and further back each year. This is a multinational company that made £5 million in profit last year."

Another added: "If the cost of living keeps going up because the government want the likes of us to pay for Covid, we won't be the only ones out on strike!"