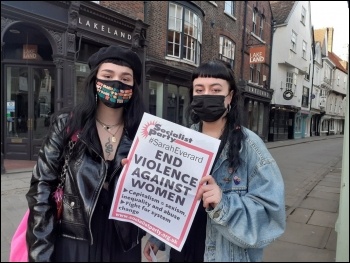 After over a year of nights in, 'social bubbles' and rainy outdoor seating, it's no wonder the decision to bring back nightclubs and bars has been so popular, especially among the younger generation. However, it didn't take long for the headlines to take a more negative turn. The spiking crisis has gained massive press attention in recent weeks, and caused mass anger among clubbers across the country.

The 'Girls Night In' or 'Big Night In' campaign has been broadcast across many people's social media, advocating a boycott of all nightclubs in the last week of October. Despite being very supportive of the movement, I can't help but doubt how much impact it will actually end up having.

The UK's nightlife culture is, in my opinion, male-dominated and sexist. Club reps stand out on the streets and hand out discounts. This is mainly done to encourage women into their clubs, as this will, in turn, entice men to follow.

From a worker's perspective, this isn't something that's left at the door. One of the most shocking stories I've heard from colleagues involved an eighteen-year-old girl who was sacked from her job as a waitress for putting a jumper on over the revealing costume she'd been given to wear, as she was getting ill from working outside in the cold.

It's not uncommon for female employees to be asked to dress more revealingly than they would like, and many bars, build this into their brand.

I've been glad to see that my current employer (which thankfully is a lot more respectful of its workers than many others) has implemented stricter searches at the door, lids for cups and spike testing kits at the venue. But one club alone is powerless against the overwhelming majority.

The issue doesn't stop at spiking. It must be tackled more comprehensively, with a total shift in clubbing culture to treat women as equals, rather than a source of male entertainment and profits. This of course goes deeper than just nightlife itself, and is symptomatic of gender discrimination and sexism in society more broadly.

Having said this, the nightlife industry does seem to be reluctant to let go of the gender dynamics of the past. Women shouldn't have to be anxiously looking over their shoulders for the duration of the night. It's time for those in a position of power within the industry to take responsibility for the actions of the predatory few, and stop exploiting and endangering women in an attempt to increase profits.