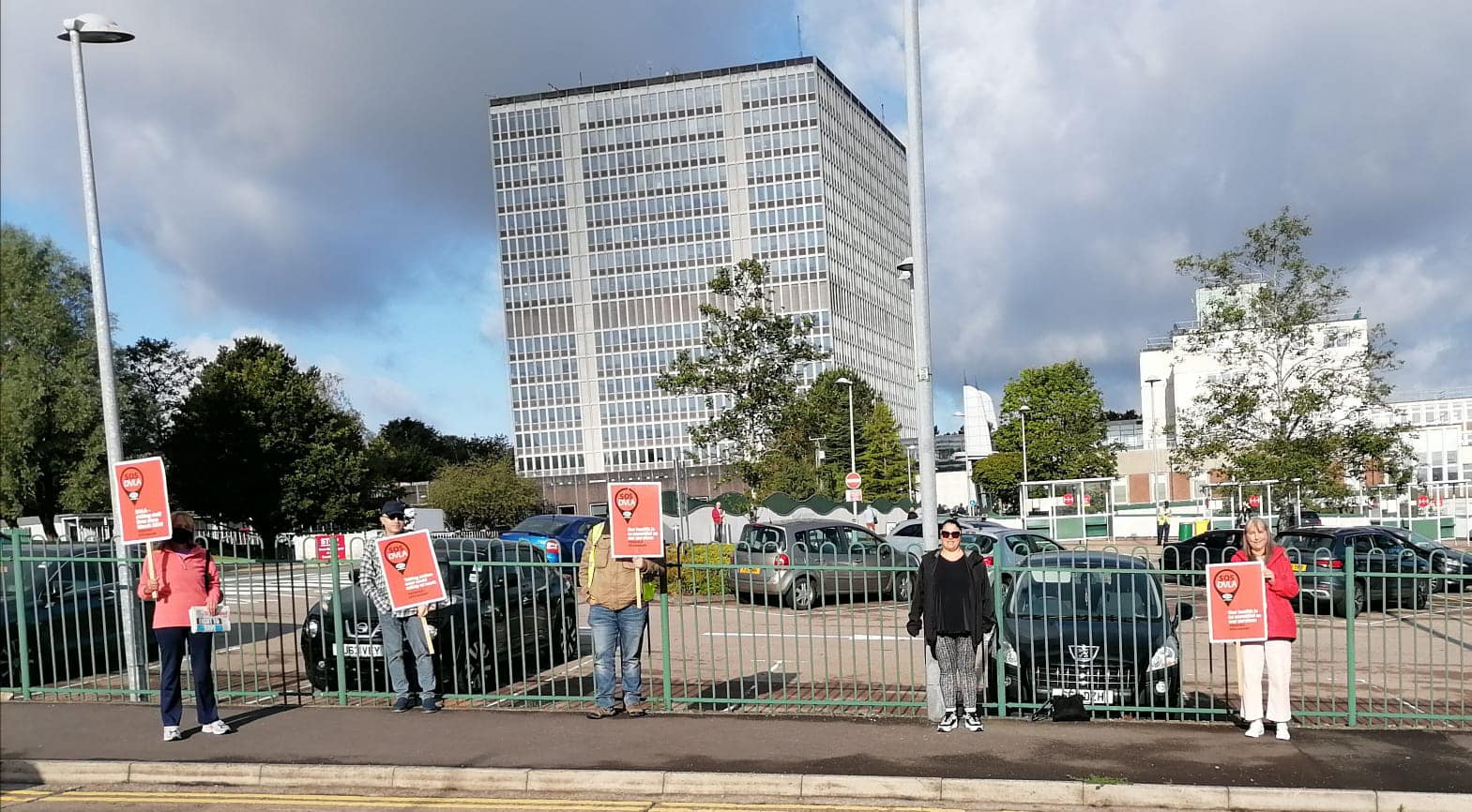 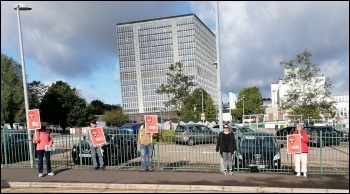 PCS members at the Driver and Vehicle Licensing Agency (DVLA) have voted by 79% to continue their campaign of industrial action over Covid safety, but unfortunately the turnout was 39.6%, short of the 50% threshold required under the anti-union laws.

The original statutory ballot was held in March, with a prolonged campaign of targeted strikes in progress since April. With the legal mandate having expired after six months under the anti-union legislation, it was necessary to reballot.

Understandably, members and reps are disappointed with the result of the ballot, particularly with the fact that 60% did not vote. However the result must be understood in context. There has been a ferocious campaign from senior management aided by the media to undermine the confidence of the workforce. For example, they have been made scapegoats for the backlogs in the processing of medical licences which existed long before the start of the dispute.

While this anti-workforce propaganda may have impacted on the ballot result, the Left Unity leadership of PCS nationally cannot escape responsibility. They have dragged their feet from the start, only balloting for action three months after the mass Covid outbreak last December, refusing to escalate the action to include all members and refusing to collectively use Section 44 legislation to prevent management forcing people back into the workplace. Their strategy of selective or targeted action was well supported by members, but had the disadvantage of being insufficient to force management into a settlement and reducing large numbers of members as spectators to their own dispute for long periods.

These concerns were voiced by Socialist Party and Broad Left Network members in the union during the course of the dispute. It was clear, especially after Tory ministers intervened to torpedo talks between the union and DVLA management, that the strikes needed to be escalated to include all members on the site in sustained action.

DVLA members have shown tremendous resilience and determination and around 1,100 members voted to continue the action after nine months of the dispute. This is a significant statement that members are still prepared to fight, and management would be foolish to take this result as a green light for further attacks on the workforce.

In the meantime, the health and safety problems remain and are getting worse. Covid cases at DVLA continue to rise with the running total as of 11 November at 1,232 cases since the start of the pandemic, and a further 89 in the first eleven days of November alone. This amounts to almost one-in-five of the workforce so far.

This dispute is not over. The collective use of Section 44 remains an option to prevent workers from being forced to work in unsafe conditions. Nor should a further statutory ballot be ruled out.