Councils must offer a socialist solution to the housing crisis 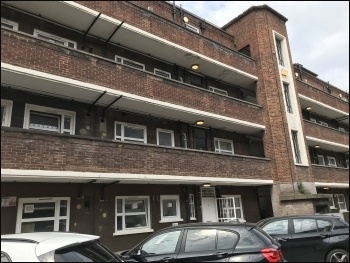 The cost of living is going up - you can feel it. Your food bill, your gas bill and electricity bill go up each month. Your biggest expense is almost certainly rent, which is also rising rapidly. Are your wages?

Average private rents are up 4.6% on last year according to Zoopla, and if you're in the south west, rent increased a staggering 9%!

The 'living' wage is set to rise to just about cover inflation. But what about the millions who have faced sub-inflationary pay rises at best, if even that? This is not to mention those in precarious work, whose payslips vary from one month to the next, or those who no longer have their job after the ending of furlough and have been forced onto unemployment benefits.

On the other hand, profits for companies continue to rise, dividends increase, and the bosses get richer. Housing companies have increased their profits significantly this year, and have done so building extortionate low-standard housing that is out of reach for many working-class families.

We say the top-ten home builders must be nationalised, with compensation paid only to small investors and shareholders in genuine need. But this will not happen under the Tories, who received £891,000 in donations from property developers in the first quarter of 2021.

We need rent control and a massive building programme of publicly owned housing, on an environmentally sustainable basis, to provide good quality homes with low rents. Councils have the power to take these measures; London councils alone have increased their reserves by more than £1 billion since 2018. The money is there, what rainy day are they saving it for?

Labour-run councils have shown they are not prepared to take the steps needed to provide genuinely affordable homes for working-class people. Therefore, we need our own workers' party that will fight for our interests and elect councillors who are prepared to set needs budgets and take on the Tories to demand the funds.

The Socialist Party, as part of the Trade Unionist and Socialist Coalition (TUSC), is helping to develop those needs budgets in our communities, and preparing to stand in the local elections in May (see pages 8-9).

Now is the time to join us, to help build a new mass workers' party that defends our interests and fights for a socialist solution to capitalism's housing crisis.