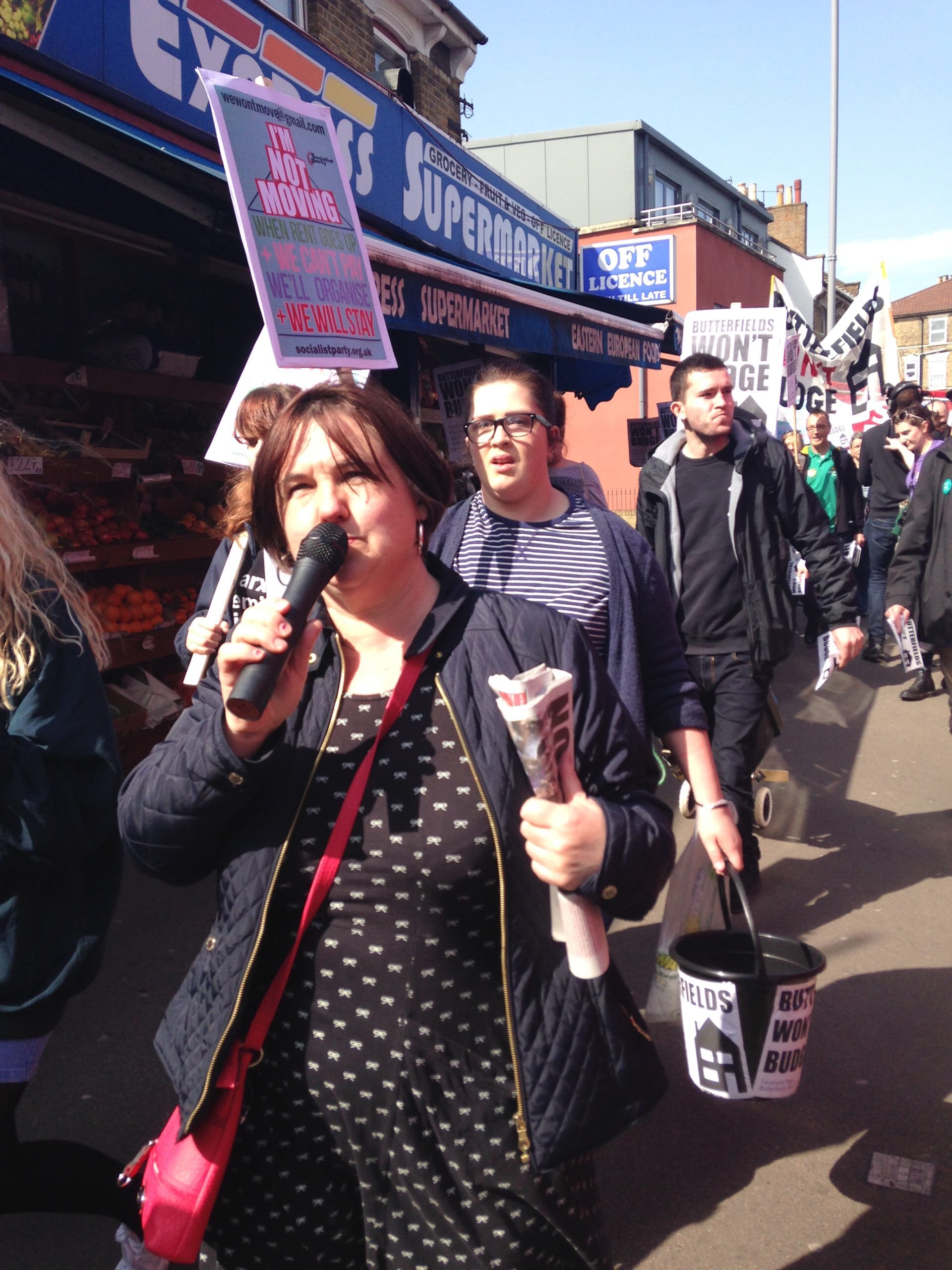 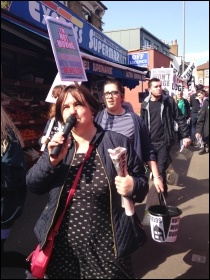 Marching against evictions in Waltham Forest in 2016. Photo: Socialist Party

On 7 December, a bitterly cold and rainy morning, bailiffs left Nana Yaa and her autistic son Jason on the streets with nowhere to go. Unfortunately, like many others, Nana felt that she alone was responsible for her situation. This was quickly answered by kind acts of solidarity from staff at the school where she works.

Waltham Forest Labour council in London was not so quick to respond to the needs of a working-class woman and her disabled son. The council officer, who had been abreast of all the developments over months, was unreachable by phone.

The housing office was closed. Only pressure mobilised by supporters, including socialists, roused the council to provide a hostel room that night.

The next day, Nana and Jason waited in the hostel, with no facilities even to make a cuppa, to hear what would befall them. That night they learned they had a temporary flat in a neighbouring borough.

It was bad enough that it would take Nana an hour and a half to get to the 6am school cleaning job she has worked in for seven years. But, on arrival, the neglect of the council was once again apparent – no furniture, no beds, no kettle or cups.

We were approached by one of Nana’s sons about her eviction threat in July, when Waltham Forest Socialist Party was playing a leading role in the campaign against the eviction of another working-class mum, Nadia Zaman (see socialistparty.org.uk).

So far, a community and labour movement fightback has managed to keep Nadia in a home in the borough. That struggle continues.

The Socialist Party is working with Nana, her sons, and others in the local Eviction Resistance Committee. Some are now coordinating the offers of furniture, bedding, and kitchen equipment.

Others have been mobilised to support the fight for the services that Jason needs and deserves. Some are working to get Nana in a home that doesn’t mean she will lose her job.

The campaign has called a protest at the upcoming housing scrutiny committee on 15 December to help expose the council’s rotten housing policies, and raise a programme to really deal with homelessness and housing need.

The community response contrasts sharply with the hard-hearted approach of the Labour council. What an expression of the need for a new party of the working class!

The need for this is underlined by the departure of the previous council leader. After Clare Coghill drove through deeply unpopular plans to build unaffordable tower blocks on public land, she has now become a property developer herself.

The Socialist Party is standing no-cuts candidates as part of the Trade Unionist and Socialist Coalition (TUSC) in the May 2022 local elections. We’re inviting housing campaigners and trade union fighters to also stand.

We demand rent control, investment in council housing, not in for-profit unaffordable towers, and that the empty homes across our borough be used to house the homeless – a working-class socialist alternative to the heartless Tory axeman in the Labour council.