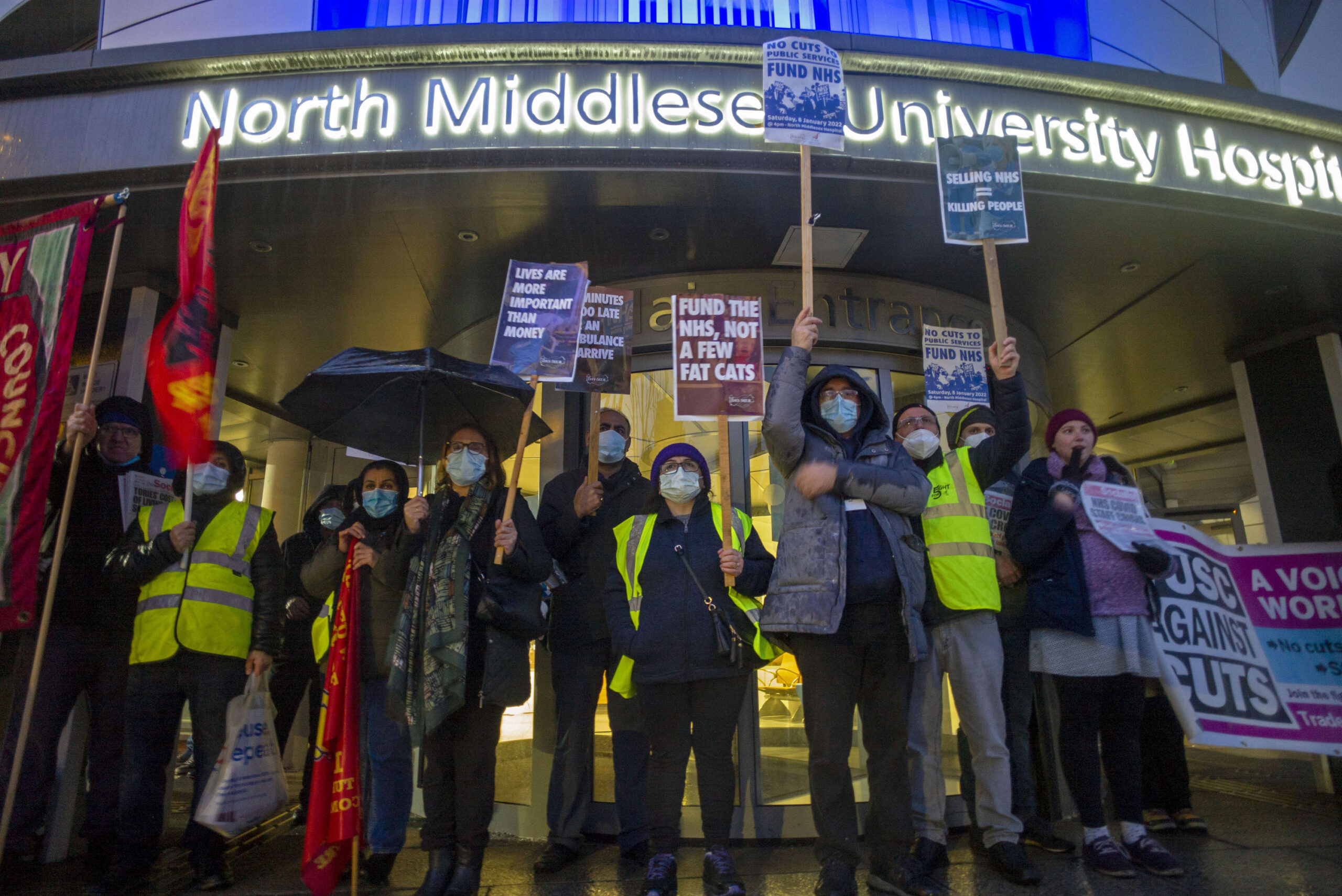 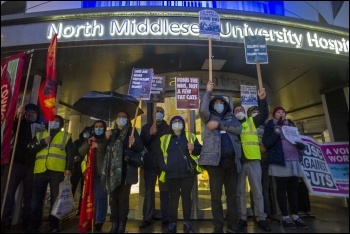 The newly formed branch of Unite the Union for Migrant, Food, Retail and Services workers, and Day-Mer, a Turkish and Kurdish community organisation in north London, held a rally outside North Middlesex Hospital on 8 January, with the demand: ‘Fund the NHS and keep it public’. Over 40 people attended.

Unite national officer Onay Kasab introduced speakers. He said: “We have to see change. Something different has to happen.

“We can’t just have demonstration after demonstration, and march after march. We have to do something different to save our NHS. And it’s going to be us who do it.

“So its not gonna be them. Its gonna be us. And it means change.

“It means the unions acting differently as well. And that’s why Unite will be bringing together every Unite representative across the UK who works in the NHS to start planning for a national campaign to defend our NHS.”

Speakers pointed out that Keir Starmer’s Labour Party supports more private contractors in the NHS, and that independent action by workers is needed both industrially and politically – so that future rallies will be victory rallies.

Some of the attendees were also interested in coming to the ‘People’s Budget for Enfield’ meeting organised by the Trade Unionist and Socialist Coalition (TUSC) on 26 January.