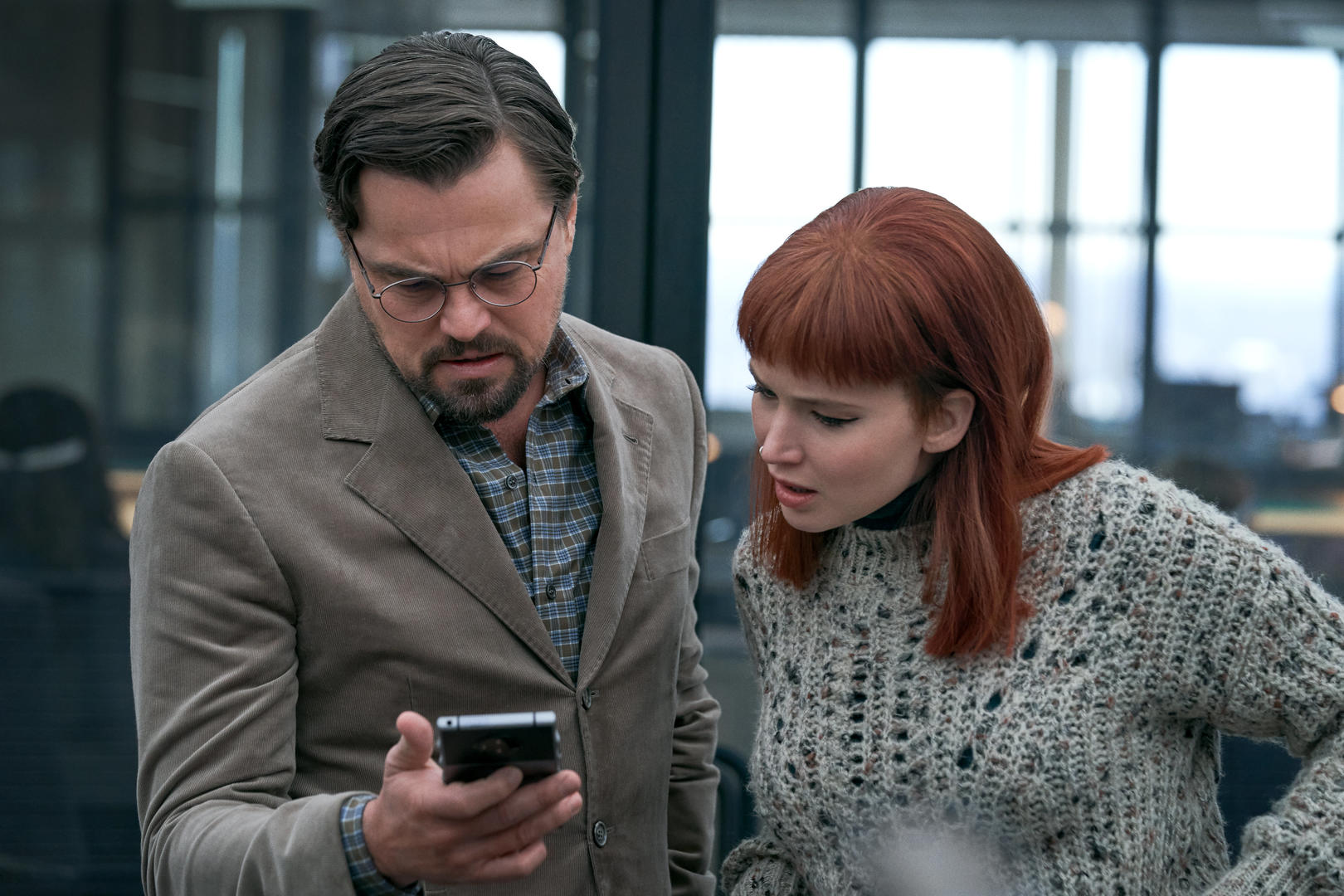 Home Readers' opinions and reviews Don’t Look Up: An entertaining satire on corporate power and the US...
Facebook
Twitter
WhatsApp
Email
Print

An entertaining satire on corporate power and the US establishment 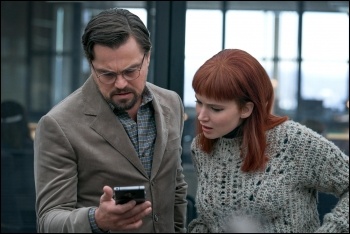 The movie satire, ‘Don’t Look Up’, became a major hit over the Christmas holiday season. The dark comedy, written and directed by Adam McKay, concerns a desperate attempt by scientists to alert the US establishment about a huge meteorite set to hit the Earth, with catastrophic consequences.

As well as sending up the Trump-like political establishment and its anti-scientific views, the movie also attacks the billionaire-owned media and big corporations.

The film has struck a chord with millions of people who fear the consequences of climate change. It also resonates with many people who rightly consider the woeful Covid policies of many governments as culpable in the deaths of millions.

Yet ‘Don’t Look Up’ has divided opinion, including on the left. Some pan it as too heavy-handed and preaching (which it can be, on occasions). Others admire the movie assailing the political establishment’s obedience to short-term corporate profit-making, that means scientists’ warnings about global warming are ignored or played down.

Frantic to let the world know of the impending disaster, and ignored by serious media, Dibiasky and Mindy appear on the banal The Daily Rip, whose hosts, Brie Evantee (Cate Blanchett) and Jack Bremmer (Tyler Perry), belittle the danger.

At the same time, a menacing figure, Peter Isherwell (brilliantly played by Mark Rylance), the billionaire head of the BASH corporation, convinces President Orlean that instead of deploying nuclear arms to destroy the meteorite, BASH mining the comet for its minerals takes priority.

While Mindy is temporarily seduced by the BASH plan and his celebrity status, Dibiasky manages to let the world know that the White House puts profits before planet. The masses are polarised between those who believe the scientific warnings and those who follow the White House advice to ignore doomsayers. “Don’t look up!” is the rallying cry of the demented right at mass rallies, even as the comet can be seen hurtling towards Earth.

Don’t Look Up is an entertaining movie with an urgent message, a fine acting cast and has some very strong scenes. Its main strength is highlighting impending environmental disaster and how big business and the main American political parties are part of the problem not the solution.

While a fictional movie about environmental catastrophe is not obliged to provide a worked-out programmatic solution, the main weakness with Don’t Look Up lies in the representation of the masses as too fatalistic and easily manipulated by right-wing demagogues. Surely the clock ticking down towards Earth’s oblivion would provoke uprisings and revolutions, as the masses sought to find a way to remove incompetent, profit-driven administrations and to save humanity and the planet?

Notwithstanding its flaws, Don’t Look Up speaks to a young radicalised generation who fear what the future holds when governed by a degenerate ruling class and politicians who put profit above all else.