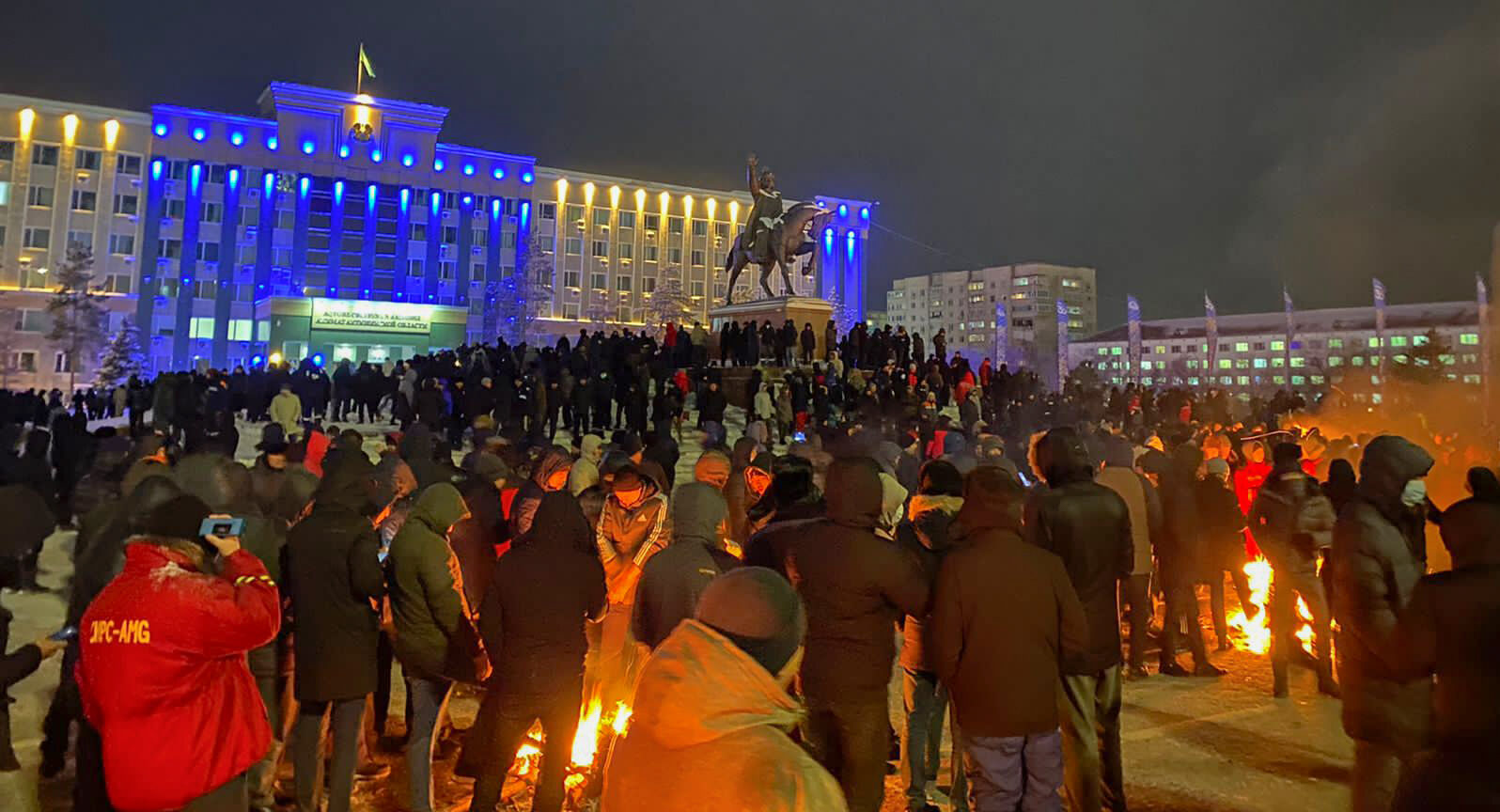 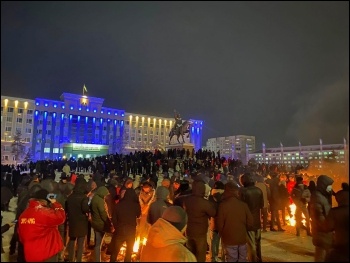 In the following extract, Igor Ushakov, who serves on the Almaty editorial board of the left-wing online magazine Krasnaya Yurt, explains the events on 4-5 January in the Kazakhstan city of Almaty, where a working-class uprising against the regime took place.

As readers of the Socialist are aware from last week’s feature article on the uprising (see socialistparty.org.uk), using armed forces backed by Russia paratroops, the Kazakhstan dictatorship bloodily regained control and is carrying out a brutal clampdown on the population. Nonetheless, Igor’s account shows the potential power of the working class when it moves to change the situation.

“At about five 5pm, information was beginning to arrive that some kind of rally was starting outside the Kasteev Museum. There would also be a rally at Almaty Arena at 6pm. Trade union representatives and others were writing about it in social networks.

When we arrived at Kasteev’s museum by 6pm, we didn’t find anyone. We decided to go to the central square to see what was going on. Finding it empty and heavily guarded by the police, we decided to head for the Almaty Arena – a big ice rink on the outskirts of the city.

People were trying to break through the cordon, but did not succeed. The stand-off lasted for about three hours and made the protesters very angry; their comrades were being taken away by the police.

Many workers complained about the increase in car fuel prices and the rise in food prices, saying they did not know how they were going to go on living. More people were coming to the Almaty Arena, ordinary workers from the poorest parts of the city.

When the protesters became even more numerous, they finally broke through the restraining chains and walked straight down the road towards Independence Square, the central square of the city.

Immediately after the first detachment of police, who were standing unarmed, there was another detachment with shields and truncheons. The protesters tried to peacefully persuade the police not to interfere, but in response they received blows from truncheons and orders to leave the rally. The police efforts did not last long, as there were so many protesters who broke through the cordon with sticks and moved on.

At the intersection of Abaya and Pravdy streets, the first water cannon appeared and tried to disperse the protesters. But they persuaded the firefighters not to use the water cannon and they moved on peacefully.

A police truck drove straight into the crowd at high speed, provoking a hit-and-run. The crowd parted in time and, by some miracle, it did not run over anyone. The car was pelted with sticks and bottles. As the convoy walked towards the mayor’s office (town hall), the crowd grew larger and larger.

As soon as we got there, stun grenades could be heard going off in the road. There was a very strong smell of tear gas and it was very difficult to breathe, even at some distance from the protest site.

We approached the government building, which had already been taken over by the protesters. There was a pile of police overcoats, hats, helmets, flak jackets and shields lying in the street to the left of the entrance.

The police fled the City Hall, quickly disguising themselves as civilians.

It was already about 2am when we decided that we needed to send the footage to the editorial office and we went home.

Not only did the internet not work, but the cell phone service didn’t either. As we discovered later on, the government had declared a state of emergency at 12 midnight that night which no one had known about. This was done in order to increase the time limit allowed for holding detainees.

Thus passed the evening and night in Almaty from 4-5 January 2022.”