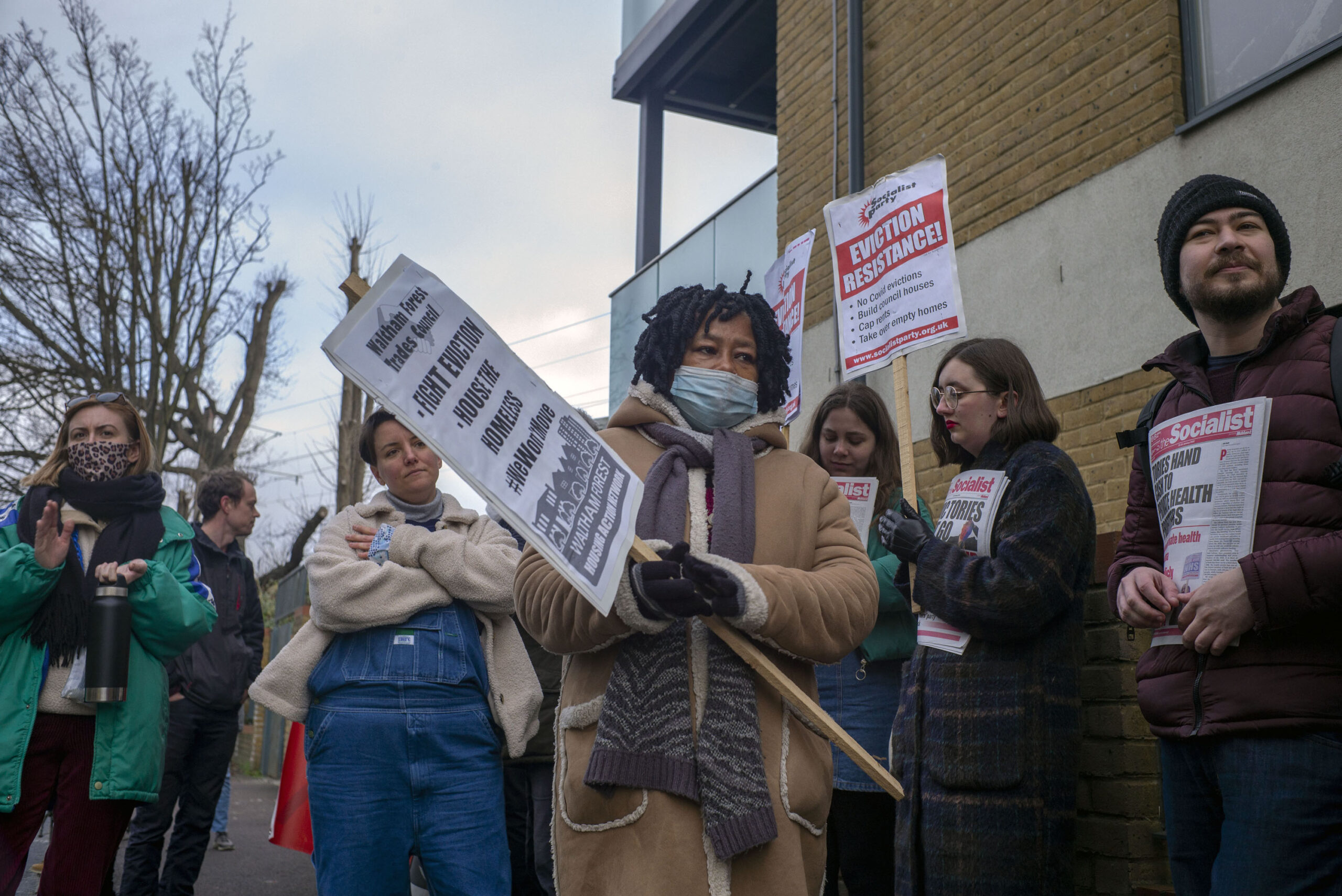 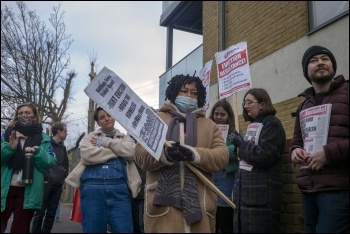 Every London borough has thousands of families on housing waiting lists and hundreds of empty homes. The benefit cap and the end of the eviction ban are creating a rising tide of evictions.

But Labour councils refuse to use their reserves to compulsorily purchase these homes or to build sufficient council housing. Waltham Forest Council is typical.

The local trades union council set up the Housing Action Network, which is organising ‘eviction resistance’ in response to this emergency. The campaign has been approached by four families being evicted.

In each case, the council has refused to offer permanent homes in the borough, instead, giving them 24 hours’ notice, and a rail ticket to far-off places they may never have even been to, like Derby or Stoke-on-Trent. These ‘offers’ are accompanied by a threat that, if they don’t accept the move, the councillors will wash their hands of any responsibility for their fate.

Some have been offered rodent-infested rooms in shared houses, or single rooms for the whole family in another borough too far for them to get to work. This policy particularly affects single mothers in part-time, low-paid jobs.

On 22 January, 50 people met in Wood Street Square, which used to be surrounded by social housing, but now has been handed over to developers selling flats for £500,000. The ‘open-mike’ allowed two of the evicted mothers to speak.

Socialist Party members Nancy Taaffe and Linda Taaffe spoke from the Housing Action Network and trades union council, respectively. They expressed their anger at the methods used by the Labour council – expelling working-class families in order to carry out gentrification.

We then marched to five empty flats. There I spoke to call on the protesters to consider standing for the council themselves.

We were surrounded by local people, signing our petition, taking leaflets, buying the Socialist. In the coming weeks, we know we will be defending these families from bailiffs, and campaigning for the council elections in May.