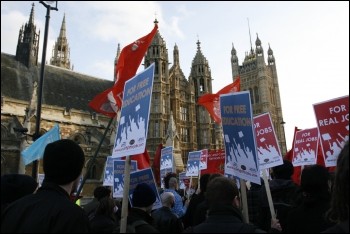 Watch a video of the Barking Youth Fight for Jobs demo

NHS: Not safe in their hands!

How to stop cuts and defend public services

Young people deserve a future: Join the Manchester march for jobs on 13 March

Anger on Teesside over Corus closure

Staythorpe: the fight for workplace safety

CWI Latin America school: A continent on the brink

Iraq: All eyes on the oil prize