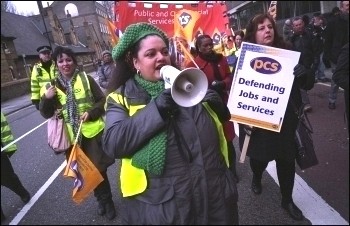 The sickening bonanza for the rich goes on; last week the Forbes 'rich list' showed that the number of billionaires on the planet has increased significantly over the last year, and they have seen their incomes soar.

Here in Britain, the Audit Commission has released the results of a study on the severance packages of council chief executives. In a 33 month period, 37 individuals received £9.5 million.

It is from this wealthy layer and their representatives in the main political parties that venom and condemnation is unleashed on civil servants and British Airways cabin crew - workers who have been forced to vote for strike action to stop a relentless driving down of their terms and conditions.

Transport Secretary Lord Adonis declared that a strike of BA cabin crew would be "totally unjustified" - this from a man who was not even elected to parliament, about a strike that was democratically decided by an overwhelming majority of the cabin crew. 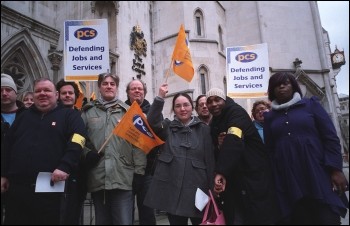 New Labour leader Gordon Brown joined the baying mob, by calling the BA strike "deplorable". Yet the BA workers' trade union, Unite, is the largest donor to New Labour, giving £11 million of its members' money to the party over the last four years alone. So Brown urges on the imposed 'race to the bottom' for working class people's living standards, while raking in their union subs to fund further vicious attacks.

Members of the PCS union are mainly in the public sector, British Airways cabin crew are in the private sector, but in both cases they have been forced to fight simply to defend previously agreed contracts and conditions - an aim that is a million miles away from the greed of the fat cats who are behind the denigrations of their struggles.

An enormous class chasm separates the interests of the workers being forced into action and those who are leading the attacks on them. But the potential strength of all the working and middle class people under attack, or threatened with attacks, is enormous. 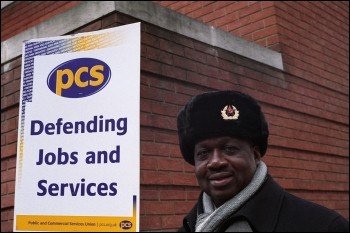 Not just hundreds, or thousands, but millions of other workers will be able to identify with the plight of those taking strike action now, and would be willing to give support if the trade union movement mobilises it.

Defending public education in the USA

Another general strike brings Greece to a halt

Thatcher's enemy within: 25 years after the end of the miners' strike

Fighting the cuts at Leeds University

Unite to save Northcott Theatre

Cuts mean poorest people priced out of the legal system