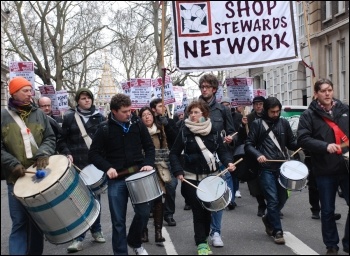 All of these measures, and many more, could be carried out by using councils' legal powers. However, alone, legal powers would not be enough.

In order to stop cuts councils need to set needs budgets - budgets that do not include any cuts in jobs and services. We are told that doing this - following the example of Poplar in the 1920s, or of Liverpool and Lambeth in the 1980s - is 'impossible' and will inevitably lead to defeat.

But the real history is different. Poplar council won a campaign equalise the rates across London and were able to introduce a programme of financial assistance for the poor, equal pay for women and a minimum wage for council workers.

In the 1980s Liverpool City Council, in which Militant (forerunner of the Socialist Party) played a leading role, forced Thatcher to hand over an extra £60 million to Liverpool - which was used to build 5,000 council houses (more than were built nationally the whole time New Labour was in office!), plus new leisure centres and nurseries and to create tens of thousands of jobs.

Liverpool's inspiring struggle was conducted in the teeth of massive opposition - not only from the Tories, but sadly from the right-wing leadership of Labour.

If other Labour councils had followed the Liverpool and Lambeth road Thatcher would have been finished. Liverpool's councillors were only able to be removed and surcharged, following a four year struggle, after the betrayal of Labour leader Neil Kinnock and Co.