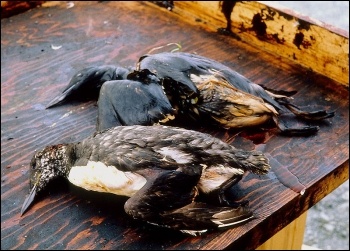 Democratic, rational planning will permit a consistent improvement in ecological conditions to be achieved over many decades until full sustainability is reached.

Above all, the condition of the environment will not be subject to the whim of the capitalist market, where it will always have a low priority.

Of the three sectors of a socialist economy mentioned above, the most important for the environment is the first, that is planning at the national and particularly international level.

Here it will be a question of the direct allocation of resources to fulfil improvements that have been democratically agreed in all countries.

The planning bodies will organise the progressive replacement of fossil fuel energy sources with renewables and the elimination of non-recyclable materials.

Investment will be directed to low environmentally-intensive sectors, such as public transport, and to research aimed at promoting sustainability, that could include new non-polluting energy sources for private transportation or electricity generation.

In the broader economy it will be necessary, when setting planned growth targets, to make sure that the costs of environmental damage are not included in the definition of 'growth', as happens under capitalism. 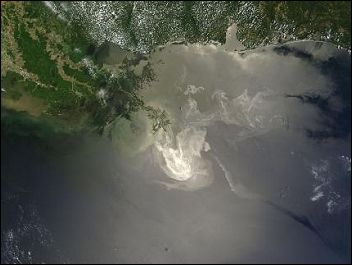 This can be simply done by adapting a current technique that measures a 'sustainability gap'. This indicates, in physical terms that can be used by a planner, the degree of consumption which is in excess of that required for sustainability.

The sustainability gap indicators are related to different economic sectors so that the key areas to focus on are identified, which can then form the basis of targets to be built into the plan.

In the transition to a fully developed socialist economy the consumer goods sector will still be regulated through price mechanisms operating in a type of market system.

This raises the question: should consumer behaviour be encouraged to change in an environmentally friendly way by market mechanisms, e.g.

increasing the tax on petrol? The most important point to make, as discussed above, is that the key to sustainability lies in implementing policies at the international and national level, to adopt wind, wave or solar power for example.

It will not be necessary to increase taxes on petrol to pay for this, since sufficient resources will be created by the democratic planned system.

It is true that consumer behaviour is sensitive to price in the choice, for example, between private and public transport, but a subsidy to the latter, designed both to cut fares and boost capacity, would have a more positive effect on behaviour than a tax rise on fuel.

It would also be fairer, because taxes on fuel tend to hit the poorest hardest. This will especially be the situation in 'Southern' countries that are rapidly developing under socialism, but where the costs of heating and cooking still form a large proportion of living expenses.

Other keys to ecological transformation, such as developing new technology, will be achieved by direct allocation of investment.

Market mechanisms will at most play a marginal role in an environmental plan, although some techniques that have been developed, such Cost Benefit Analysis, when stripped of the distortions found when applied in a capitalist context, could be useful.

Planning tools already developed for national capitalist economies or multi-national companies can be adapted for the environment.

These could be marketing techniques used to predict consumer behaviour or tools to allocate resources.

The most useful and powerful of these is Input-Output analysis, created by Vassily Leontief, on the basis of his work at the state planning body, Gosplan, in the Soviet Union in the 1920s.

Leontief came to the West in the 1930s and applied his idea to firms and national economies, particularly the USA.

(In the post war boom, when conditions were relatively stable, it appeared that his technique was useful in predicting economic performance and fitted in with the reformist idea, popular at the time, of planning market systems).

Input-Output analysis determines the relations between the major branches of a national economy. Leontief's original input-output table refers to eleven branches of industry plus agriculture, transport and to households, and is in the form of a matrix with the branches arranged horizontally and vertically.

The horizontal rows show what each of the 14 branches sells to the 13 others, while the vertical columns show what resources each branch buys from the others.

As a simple starting point, assume that the relations between different branches remain stable, e.g. an increase in steel production of 10% needs an increase of 10% in coke supplied by another branch. Technical coefficients can in this way be worked out between all branches of production, up to virtually any number, and can be of a very complex nature, easily handled however by computers.

The result is that predictions can be made about what resources will be needed to fulfil a particular requirement of the plan.

In the 1970s, Leontief further developed his system to include environmental resources. A simplified input output table is drawn below that shows the inter-relationship of economic and environmental systems.

Square 1 shows the interdependence between the sectors of the economy e.g. consumption, capital investment, etc. and final demand. Square 2 contains the environmental outputs that are used as inputs to the different economic sectors (e.g. raw materials, water, oxygen) or which go directly to final demand without having been used in production (e.g. oxygen).

Square 3 is the output of the economic system into the environment, that is the emissions occurring in production and consumption.

If the sectors are considered separately, squares 2 and 3 indicate the environmental inputs by sector and the sectoral sources of emissions respectively.

Finally square 4 contains flows among branches of the environment. The technique will permit, for example, an estimation of the quantity of pollutants (in tonnes) that are generated by a certain level of consumer demand.

The simple system described here can be expanded and developed to include a complex set of relationships linking all environmental and economic factors and become a powerful planning tool.