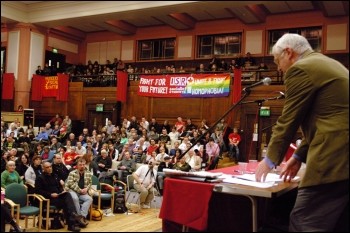 Nonetheless, they pose the possibility of genuine nationalisation in the minds of a new generation. The question will be raised - why can't working class people run these companies better?

In Britain and other economically advanced countries the working class makes up the overwhelming majority of the population.

Many sections of society, including teachers, lecturers and civil servants - who were relatively privileged in the past and saw themselves as middle class - are now low paid, overworked, and increasingly see themselves as part of the working class.

They are also beginning to draw the conclusion that the only way they can defend their pay and conditions is to use the traditional weapon of the working class - strike action.

The role of the working class in production gives it enormous potential power. Even with the relatively low level of industrial struggle that has existed in the last few years in Britain a glimpse of workers' power was shown by the determined strike action by construction workers this year, or when the London Underground workers have been on strike and brought the City of London to a standstill. 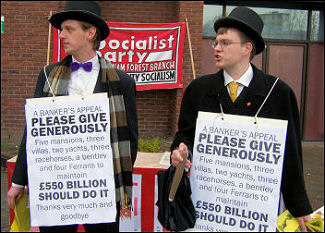 A number of factors have limited the confidence of the working class to struggle in the last few years, perhaps particularly in Britain.

The collapse of the Stalinist regimes that existed in the Soviet Union and Eastern Europe was used by capitalism to launch an ideological offensive against socialism and to promote capitalism as the only possible way of running the world.

Many leaders of the labour movement and the trade unions capitulated under the weight of this offensive.

This led to a relative pushing back of the consciousness of the working class. Socialism is not yet seen as a viable alternative to capitalism to the degree that it was in the past.

This will change in the coming years. Another factor is the lamentable role of the majority of the national trade union leaders, who have been more interested in defending the New Labour government than they have in defending their members' interests.

Nonetheless, the trade unions are the basic organisations of the working class, a tool which it can use to defend itself against the capitalists' onslaught.

The trade unions still organise around seven million workers in Britain and are potentially very powerful.

A crucial element in rebuilding the workers' movement over the coming years will be the struggle for fighting, democratic unions.

The Socialist Party campaigns for all workers' representatives to receive a worker's wage, rather than the bloated salaries of some national trade union leaders at the moment, and for them to be held democratically accountable to their membership.

We play an important role in the National Shop Stewards Network, which is attempting to link together the struggle of rank and file trade unionists across the movement. 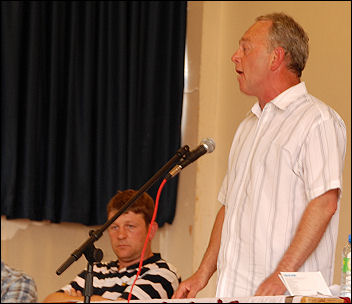