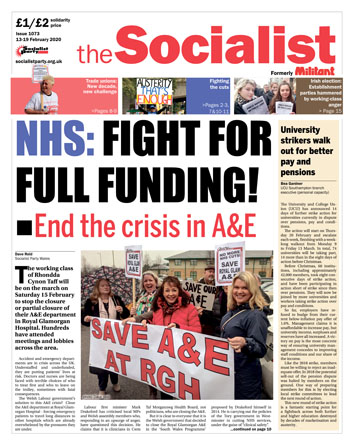 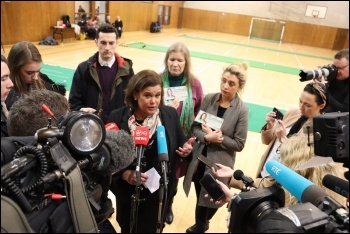 The general election in Ireland saw a seismic change in the electoral landscape, with a big surge in support for Sinn Féin. Presenting itself as a radical, anti-establishment alternative, Sinn Féin was able to channel much of the voters' anger, especially among the youth.

The party, which had its first TD (a member of the Dáil - the Irish parliament) elected in 1997, took 24.5% of the vote. Prime Minister Leo Varadkar's right-wing Fine Gael was pushed into third place on 20.9%.

Varadkar's attempts to sell himself as a safe pair of hands to continue presiding over recent economic growth failed badly. The election was dominated by the acute housing and health crisis.

Alongside economic growth, there have been high levels of inequality, homelessness, insecure jobs and low pay, and attacks on pensions. For all the fulsome praise by the Irish and European media for Varadkar's diplomacy during the Brexit crisis, an exit poll for RTE (state broadcaster) suggest only 1% of voters saw Brexit as a priority.

For decades, Sinn Féin was contemptuously dismissed to the 'fringes' of politics in the south of Ireland by the main parties. As the 'political wing' of the Provisional IRA, Sinn Féin's support was stymied in the south.

From the signing of the 1998 Good Friday Agreement (the basis of the Northern Ireland 'peace process'), the party attempted to extend its appeal in the south by reassuring the ruling class that the 'armed struggle' is over and the party in government would not be a fundamental threat to their interests.

In 2016, Sinn Féin replaced its longstanding leader, Gerry Adams, with Mary Lou McDonald - hoping that replacing a figure closely associated with the IRA with a middle-class Dubliner would gain wider support. But in the last European and local elections, Sinn Féin was disappointed by its showing at the polls.

The Solidarity TD, Ruth Coppinger, lost her seat in the Dublin West constituency. Mick Barry's first preferences fell by over 50% in Cork North Central but he retained his seat on the 14th count, largely as a result of a surplus from Sinn Féin.

Ruth Coppinger, for example, played an important role in the fight for abortion rights in the Dáil but her campaign mistakenly promoted gender politics over class politics, employing such slogans as 'For Women - Vote Ruth'.