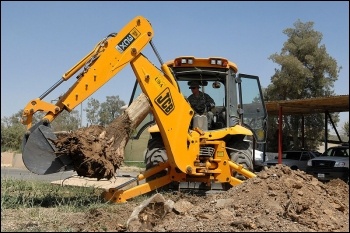 The money is there to safeguard our futures during this crisis. Bamford is a Tory Lord and is one of the Tory party's biggest donors.

We say open up the books to trade union inspection. Let's see where all the money has gone. Nationalise any company threatening redundancies under democratic workers' control and management. In many cases, production can be diversified to produce more socially useful products. Recently, this has been shown to be easily possibly in many cases.