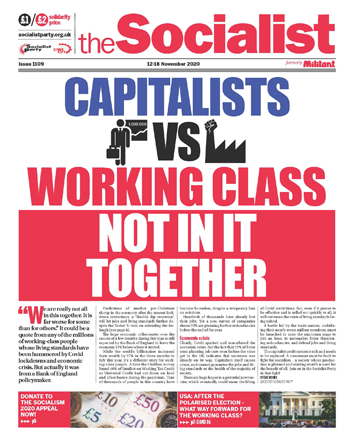 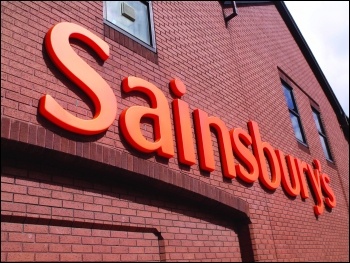 The news of over 3,000 job cuts, with closures of Sainsbury's meat, fish and deli counters, will have been a bombshell to many Sainsbury's and Argos workers. As would the closure of 420 standalone Argos stores, alongside posting a £137 million loss for the half year to the end of September.

Like all the major supermarkets, Sainsbury's had seen surges in sales under lockdown, from the initial 'panic-buying' surge through to competitors in non-food sales being closed. Like-for-like retail sales are up by 6.9% as a result. Despite lockdown, sales in Argos (whose standalone stores had to shut as non-essential) have risen by 11%.

When the figures are examined further, then even with a loss of £55 million from its banking business, Sainsbury's group underlying profit has actually increased by 26% up to £301 million for the half-year. It's the statutory profit - the underlying profit adjusted by one-off costs in which a loss has been registered for the year.

Yet over that same half-year, Sainsbury's have reduced net debt by £610 million. Moreover, they're paying out both a special dividend for the delayed 2019-20 financial year, plus a dividend for the current half-year period as well!

So if all of this can be afforded from this half-year's income, why then make these cutbacks? It's simply that having lived without keeping these counters and stores open for part or all of the last six months, Sainsbury's bosses have decided they don't need these and the workers who staff them to keep piling on the profits.

Unfortunately, both of the unions recognised in Sainsbury's, Usdaw and Unite, have released statements which seem to accept the closures of counters as largely inevitable, reconciling themselves that many workers could be redeployed into the expanding home delivery services and infrastructure. But why accept such closures as inevitable?

It's true that in recent years, faced with the growth of discounters Lidl and Aldi, many of the big supermarkets have attempted to copy parts of their model, which includes cutting costs wherever possible, including not having staffed counters. Whilst retaining meat and fish counters, Tesco have already used this crisis to shut their deli counters.

Why couldn't the retail unions link up with customers in their local communities to build a campaign to save counter services? With redundancy notices not coming into effect until March next year, there is time to build such a campaign.

Likewise, in their retail industrial strategy, Usdaw championed a 'bricks and clicks' approach to expanding online retail, which would see physical stores maintained as an important part of infrastructure for returns etc. But this will not happen by wishful thinking or asking retail bosses nicely, if such a strategy is to be pursued then the union must organise a fight for this in the here and now.

More than ever, a co-ordinated approach is needed from Usdaw and Unite. Currently, neither has full collective bargaining rights within the company, and the Sainsbury's bosses play each union off against the other - this has to end.

There should be joint meetings called of Sainsbury's and Argos workers in both unions to discuss the situation urgently and develop a strategy to fight to defend these jobs.