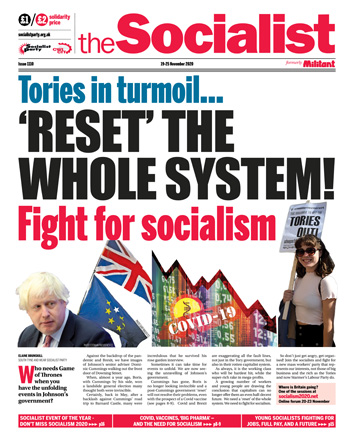 Six years since it was first announced, the Undercover Policing inquiry finally started taking evidence from witnesses last week. This phase of the inquiry concerned the earliest days of the Metropolitan Police's spy cops unit, the Special Operations Squad, later called the Special Demonstration Squad (SDS), for the years 1968-72.

The most harrowing parts of the inquiry so far are the stories of women deceived into intimate sexual relationships. The lawyer representing 30 women told of how 'Rosa', as she is known to the inquiry, escaped an abusive relationship with an undercover police officer and started a new life, only for him to turn up at the bookshop she was working in to plead with her to get back with him. She told of how, once Rosa found out that her partner was a spy, SDS officers made a 'welfare' visit to her home telling her that she couldn't tell anyone, and if she did the full might of Special Branch would be used against her.

One undercover officer unwittingly gave the game away, saying the two leading figures he targeted were not planning violent disorder. "They were very nice people, very intelligent", he said. He was also asked how he came to be whacked over the head by a police truncheon on an anti-Vietnam demo, he said: "Because I looked like a protester, long hair and scruffy and the police wanted to hit the protesters." So there you have it; an admission of a police riot and brutality.

There are big problems with this inquiry. Lawyers representing non-state core participants are prevented from questioning undercover officers. Rajiv Menon QC was told by the head of the inquiry Mitting, that "he will be silenced" after he attempted to ask questions aimed at probing the evidence.

Oxfordshire & Aylesbury Socialist Party: The role of the state