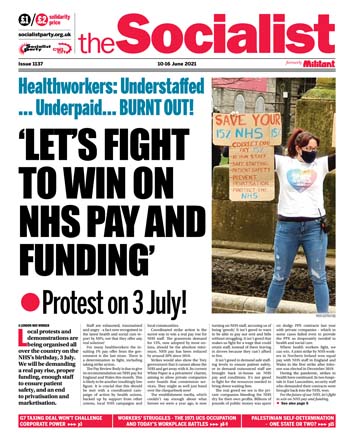 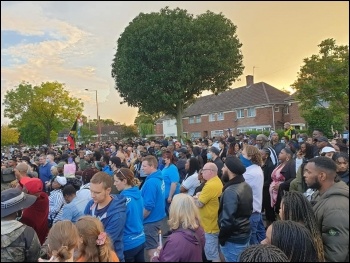 Disgracefully, but unsurprisingly, West Midlands Police denied and attempted to play down the racist motive for Dea-John's murder, only admitting on the evening of 2 June what locals had been reporting all along: that racism had sparked this tragic sequence of events.

The actions of West Midlands Police in relation to this case, and in previous incidents involving the deaths of black men in custody, show that we can't trust an unaccountable police force to investigate Dea-John's murder, including possible racist motives.

Such an inquiry could not just begin to establish the real circumstances of this murder, but also the social problems which provide the backdrop to this latest outrage. 41.6% of children in Birmingham are living in poverty (the highest rate outside of London), 9.8% of people are unemployed with many tens of thousands more in precarious work, and 55,400 are currently on furlough wondering if they'll have a job to go back to.

Rather than build a campaign to win funding from Westminster for expanded public services that could prevent crime, Labour Police and Crime Commissioner Simon Foster's response is to call for a sticking plaster of 450 extra police officers.

It's vital that trade unions and democratically run residents' and community associations work to ensure that any tensions created by this shocking murder are channelled in the direction of campaigning for young people's future. To demand better jobs, homes and public services, and avoid a repeat of the riots which followed the murder of Mark Duggan at the hands of the police in 2011.

Sunday 6 June saw a huge cross-community turnout of Brummies including black, brown and white working-class youth to give condolences and solidarity to Dea-John's family.