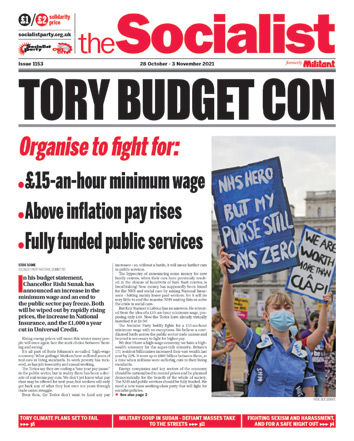 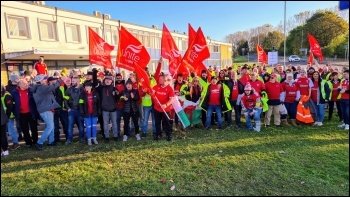 The anger at the contempt that Stagecoach had shown to the workers' pay claim was explained by one driver: "They want to discipline us for not being professional when they claim we've done something wrong, but when they decide our pay we're 'unskilled'".

This corporate greed has strengthened the resolve to see the dispute through to the bitter end. Morale on the picket line has been sky-high - even when the sky opens up with torrential downpours. Hundreds of strikers have rallied at the bus depots every day.

On the first Sunday of the strike the drivers returned to work for one day and the reaction of passengers was brilliant. One regular passenger said: "I'm not getting on the bus - I just wanted to tell you that we support you all the way. You were there for us during Covid and I'm not giving Stagecoach any more money while you are on strike."

The Welsh Labour government must make it clear that 'Slavecoach's' days in Wales are numbered.