young workers: Fight for your rights! 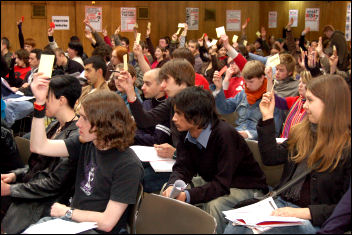 Since the terrible shootings of three young people in south London, ministers have put on their caring faces and are giving advice on how young people can secure a decent future. Education minister, Alan Simpson, is promoting his policy of keeping young people in education until they are 18 years old, saying this will guarantee them better paid jobs.

Do they actually think we believe that they care about our wages, when last week they offered such a derisory pay deal to public-sector workers? HSBC reported profits before tax of $22.1 billion for last year, the highest-ever profits by a British bank, while graduate nurses are working for nothing in the hope of being taken on. And when the average graduate income is only £8,500 after tax, it is hard to buy into the concern expressed by government ministers.

In 2006, around 1.3 million 18-21 year-olds were paid less than £6.50 an hour - two-thirds of all employees in this age group. Blair and Co have maintained the Tories' anti-trade union laws in an attempt to prevent workers from fighting for their rights. We cannot rely on the government, any of the big parties or on the bosses to provide decent jobs. The only way to ensure decent wages and conditions is to organise ourselves to fight for them. 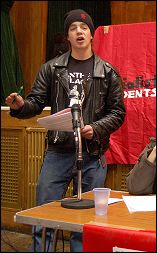 The socialist reported on young people on the civil service union (PCS) picket lines in January and on the overwhelming vote to organise young agency workers in Carlisle. ISR's (International Socialist Resistance) 'know your rights at work' campaign is aimed at bringing the ideas of militant trade unionism to more young workers: that a fist is stronger than a finger, that when we are organised we can stop the bosses' attacks and win better pay and conditions.

Come to the ISR and Socialist Students conference on Sunday 18 March. We will have a forum on fighting for rights at work. ISR aims to bring together young workers and trade unionists who want to campaign for our rights and our futures. 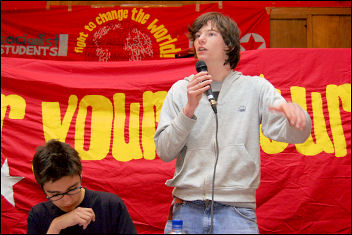 come along to the isr & socialist students conference to have your say!