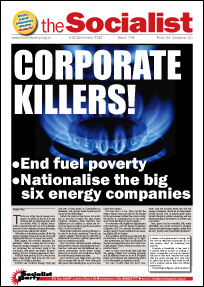 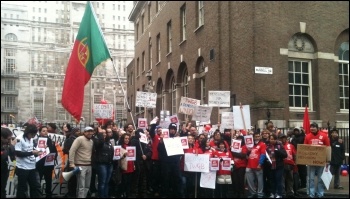 After a two-day strike on 27 and 28 November low-paid workers at University of London (UoL) have won important concessions. The strikers are members of the Independent Workers Union of Great Britain (IWGB).

Their action has won sick pay, paid holidays and pension rights. But UoL are refusing to recognise the union.

UoL management are steaming ahead with plans to close the student union, University of London Union (ULU). This could threaten jobs.

The workers know they will have to continue the fight to ensure their demands are met.

Up to 100 staff, students and other supporters joined the picket lines for a two-day strike (27-28 November) of cleaners, security guards and other workers at the University of London (UoL) who are organised by the Independent Workers Union of Great Britain (IWGB).

Outsourced workers employed by Balfour Beatty who are in the IWGB were joined by their IWGB colleagues employed directly by UoL. 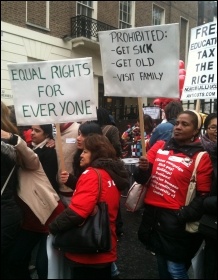 Balfour Beatty Workplace workers on this "3 cosas" strike made their demands clear: "Sick pay, holidays, pensions now!" was screamed outside UoL Senate House building. They are also demanding recognition of their union and protection of jobs. The non-outsourced workers are demanding an improved pay offer and increase in London Weighting, as well as union recognition.

IWGB en masse tried to speak directly to UoL vice-chancellor Adrian Smith, who so far has refused to speak to the striking workers, agree to any of their demands or recognise their new trade union, IWGB.

Outsourced workers want the same sick, holiday, and pension rights as the rest of their UoL colleagues.

UoL management is steaming ahead with plans to close the student union, University of London Union (ULU). ULU's closure will shut down democratic structures for London students and the privatisation of the current building could threaten jobs. Also, UoL student residence Garden Halls is being closed. 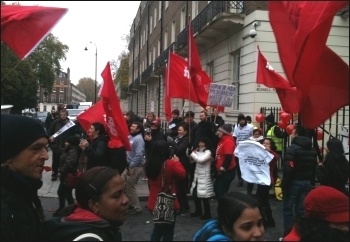 The slogans emblazed on banners at the strike made it clear that IWGB members want their jobs protected.

They are well aware that they're in for a sustained struggle, and will strike until they win! They are on strike again next week joining the national higher education strike on 3rd December with other education unions.

Workers employed for more than three months will get sick pay, and after three years will be entitled to 25 days annual holiday, 22 days for all other workers.

The striking staff will also be able to join Balfour Beatty's pension scheme. These concessions by UoL management to the workers' demands put the outsourced staff in line with directly employed workers on holidays with similar sick pay rights.

IWGB is celebrating the victory, but know the fight will have to be continued to ensure its demands are met.

UoL is still refusing to recognise or even speak to the workers' trade union, IWGB. University management has been forced to concede by the strong display on the pickets, and the determination by IWGB members to strike and win!

This version of this article was first posted on the Socialist Party website on 28 November 2013 and may vary slightly from the version subsequently printed in The Socialist.