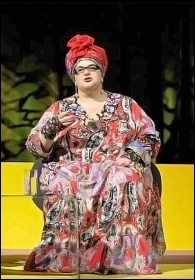 On 7 August Kids Company, a charity providing care for vulnerable children, closed its doors for the last time. Lauded by philanthropists and prime ministers, its demise is a demonstration of the folly of Cameron's 'big society' philosophy.

The charity closed as a result of not being able to secure funding of up to £4 million from wealthy individuals. The government was also attempting to recover £2.2 million from the charity after it used £800,000 to pay staff, apparently breaking an agreement.

Under the Tory government and the previous coalition there has been a massive increase in child poverty. There are currently 3.5 million children living below the poverty line in Britain. Of these 1.6 million live in severe poverty.

Two-thirds of those children living in poverty come from families where at least one parent works, indicating the prevalence of low paid work. It is becoming increasingly common for teachers to have to give money to children who come to school without money to pay for lunch.

It is into the gaps left behind by the government's swingeing austerity that charities like Kids Company step. According to its own figures Kids Company provided support to 36,000 children and vulnerable adults.

The failure to attain the required funding shows that we cannot rely on the goodwill of the wealthy and charity to provide vital services. Cameron's previous enthusiasm for Kids Company appears to have been merely a PR exercise.

Charities like Kids Company should be integrated into the public sector. This would also allow local councils to redeploy staff into other children's services to bring staff levels back up to the level required to run them.

Bringing services back under local authority control would also mean that there can be proper scrutiny and democratic control over how services are run.

A number of accusations have been levelled against Kids Company since its closure. Every Friday the charity would hand out money directly to the children it worked with. The charity claimed that it would usually be spent on food or electricity. But some sources claim that it was often spent on drink and drugs.

It would be wrong to take accusations of impropriety made by the right-wing press at face value. The government and its supporters in the press have an interest now in demonising Kids Company as a pretext for ending its funding.

The only way to ensure services needed to lift children out of poverty is for a mass movement to defeat the government's austerity agenda.