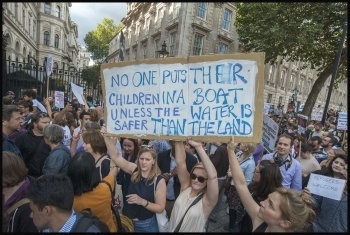 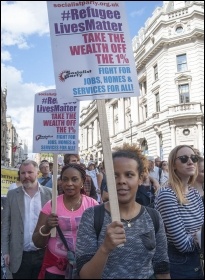 The crisis is another threat to the European Union (EU) itself. Free movement was one of the main planks of its foundation. A senior EU official was quoted saying: "If you don't cope with this crisis, then I think the EU will fall apart."

Europe's bosses are quite happy to use free movement to bring down higher wages and boost their profits. But when it comes to helping those most in need, it becomes inconvenient.

The massive outpouring of public sympathy puts Europe's big business governments to shame. The right to asylum is a fundamental human right which the Socialist Party defends.