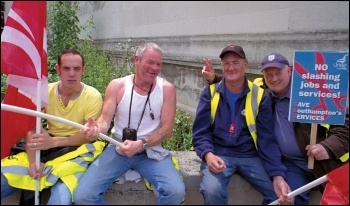 The cuts are part of the huge austerity cuts imposed by the Tory government. "It is time for (council leader) Simon Letts and his Labour councillors to say enough is enough and use the council's powers to set a legal no-cuts budget using reserves and prudential borrowing to protect jobs and services," said TUSC

"The re-election victory of Jeremy Corbyn was based on opposition to Tory austerity. Austerity is a choice. Southampton Labour council must reject further cuts and build a mass campaign of council workers, their unions and the city community to demand the restoration of the £100 million government funding stolen from Southampton since 2010."

"To build such a campaign Southampton Labour should call a budget conference of the local trade unions and community organisations to establish the needs of the city and set a budget. Such a stand would receive massive support from those hammered by cuts. If an appeal was made to other Labour councils to follow suit, such a campaign could force a retreat from the government's attacks on local council funding."

"Southampton Labour councillors should refuse to implement Tory cuts or resign and make way for those who are prepared to fight."