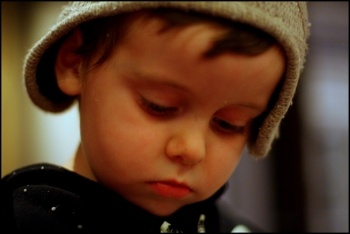 Do you know what "I've had mine already" means?

Last year, up to half of mums under 25 skipped meals to feed their kids; two-thirds struggled financially; one in four resorted to food banks - says a Young Women's Trust survey.

Now, a raft of callous Tory measures starting on 6 April will push another 200,000 kids below the breadline, according to the Child Poverty Action Group.

20% of households are already deprived, with the Department for Work and Pensions counting 3.9 million children living in poverty in 2015. This was itself an increase of 200,000 on the previous year.

Even bereaved families face a benefits cap, reducing payment to a maximum 18 months. Imagine you're terminally ill and discover that if you don't die this week, your loved ones will receive substantially less support.

New rules mean parents on the 'Universal Credit' benefit system are expected to work when their youngest child turns three, and one million families will have their benefits limited to two children. A family with a child born on 5 April could be £50,000 better off than if their baby was delivered a day later.

New parents will be excluded from tax credit. New disabled claimants will receive only £73 a week 'employment supplement allowance' - down from £102.

These measures are supposed to 'encourage responsibility' and 'incentivise work' but won't deliver suitable jobs or childcare. In fact, families getting Universal Credit, tax credits or workplace childcare are excluded from a tax-free childcare scheme which could save them up to £2,000 a year per child.

Councils continue to axe vital services and increase council taxes instead of mobilising coordinated opposition. So we face a double whammy of up to 5% more council tax - for fewer services. And 18 to 21-year-olds are excluded from housing benefit.

Working class lives could be transformed with a £10 hourly minimum wage without exemptions, more council housing, a rent cap, fully funded public services and decent jobs for all. Nationalise the banks and top corporations - let's plan that wealth to provide for all.