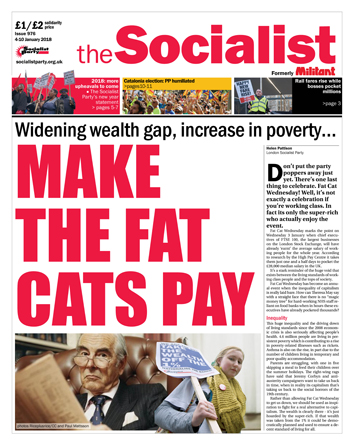 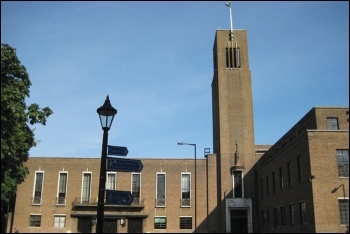 For those of you who thought that the Blairite zombie rump of Haringey councillors who have been deselected would depart the scene history with their tail between their legs, then think again! Although many arch Blairites have either been defeated in the candidate selection for May 2018's elections, or decided not to stand again, they seem to be hell bent on lining the pockets of as many private developers as possible before they hang up their pens.

Not content with getting into bed with multinational union blacklisters Lend Lease in the notorious Haringey Development Vehicle (HDV) scheme, Haringey council has, this week, given the go ahead to the aptly named FEC (Far East Consortium) to redevelop the historic Hornsey Town Hall.

This will now be turned into, yes you've guessed it ... luxury flats! 146 flats are due to be built on the site but only 11 have been designated as "affordable" under the terms of the plan.

Astonishingly Haringey council has pushed ahead with this project despite the significant opposition to the plans.

An amazing 600 objections were lodged against the plans and public outrage reached such a pitch at the July planning meeting that the Labour councillor chairing the meeting threatened to exclude the public.

One woman present at the meeting neatly summed up the fiasco when she shouted out: "You could do so much better for Haringey. You could build a decent amount of social rented houses, not line the pockets of a tax haven developer."

It seems that the Blairites running Haringey council are deaf to the criticisms of local people but when it comes to rich property developers they are all ears!

All three sitting Labour councillors for the ward where the development is taking place have decided to withdraw as candidates for next year's council elections.

We say good riddance to these Labour councillors who have all welcomed the measly provision of 11 "affordable dwellings".

This will do nothing to alleviate the misery of the 3,000 families on Haringey's housing waiting list but it will do everything to swell the already healthy bank accounts of the fat cat developers.

We are calling on the newly selected anti-HDV Labour candidates to publicly condemn this scheme and commit themselves to a mass council house building programme instead, free from the profiteering of private developers.

We say no to cuts and the selling off of historic buildings for the benefit of private developers.

Jeremy Corbyn should also condemn this scheme as yet another example of social cleansing. He should commit a future Labour government to annulling these schemes but urge Labour local authorities to act now in the interests of the many not the few!

This version of this article was first posted on the Socialist Party website on 16 December 2017 and may vary slightly from the version subsequently printed in The Socialist.