An overpass carrying a subway train collapsed in Mexico City on 3 May, killing at least 26 people and injuring 80

On 20 December 2018, one of our members was raped, robbed and kidnapped for more than an hour

Socialists in Mexico have been attacked by fascistic gangs

Interviews with socialist women from Mexico, Belgium, Ireland and Brazil

In recent weeks, mass protests have erupted throughout Mexico following a hike in gas and electricity prices - dubbed the "gasolinazo" - decreed by the right-wing Peña Nieto administration, writes Towards a general strike against the Nieto government!

Mexican police shot dead ten people, mostly striking teachers, in the southern state of Oaxaca. In response to this brutal repression teachers have blocked highways leading to fuel and other shortages.

Led by the families of the 43 students who disappeared two months ago, thousands of protesters marched through Mexico City on 20 November to demand answers and action from the government 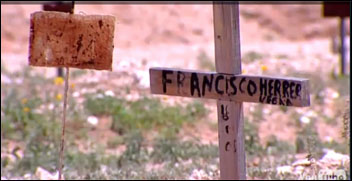 A PRELIMINARY report by the US National Commission (set up by president Barack Obama following the fatal Deepwater horizon oil rig blow-out in the Gulf of Mexico last April) has accused three companies - BP, Transocean and Halliburton - of cutting corners over safety in order to cut costs ie to boos...